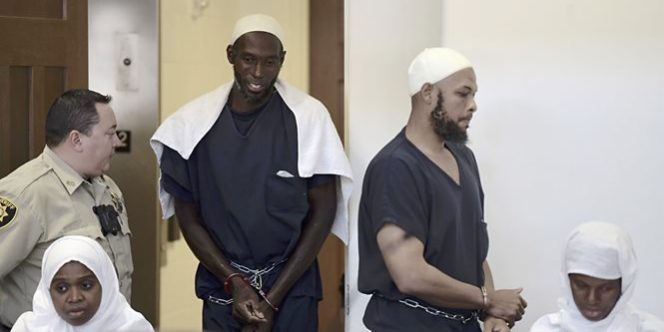 Thirty-nine year old Siraj Wahhaj was arrested at a New Mexico compound, where 11 starving kids were found, including three women and another man living in what are described as deplorable conditions. The children were between the ages of 1-15 years old. The case is nuts. Katie added that Wahhaj kidnapped this three-year-old son from George last year to reportedly perform an exorcism on him; the child had physical and mental issues. Wahhaj, whose father was involved in the 1993 World Trade Center bombing, blamed Satan for his condition. The compound was being used to reportedly train these kids to commit school shootings. You’d think these perpetrators would be locked up, right? These are possibly radical Islamic terrorists, plus there are multiple allegations of child abuse. Nope—a New Mexico judge felt that, while there were disturbing facts in this case, the state failed to meet benchmark to detain these individuals until trial (via Fox News):

The children discovered at an “extremist Muslim” compound in New Mexico earlier this month were both trained to use firearms and taught multiple tactical techniques in order to kill teachers, law enforcement and other institutions they found corrupt, state prosecutors revealed on Monday.

The prosecutors provided more details about the accusations during a court hearing in which they asked that Siraj Ibn Wahhaj and four other defendants be held pending trial on child abuse charges.

But the judge in the case ruled against prosecutors’ request.

Judge Sarah Backus said although she was concerned by “troubling facts,” prosecutors failed to articulate any specific threats to the community.

She set a $20,000 bond for each defendant and ordered that they wear ankle monitors and have weekly contact with their attorneys.  Wahhaj is the son of a Brooklyn imam, also named Siraj Wahhaj, who was named by prosecutors as an unindicted co-conspirator in the 1993 World Trade Center bombing, the New York Post reported. The elder Wahhaj, who heads Masjid At-Taqwa mosque, was a character witness in the trial for Sheik Omar Abdel Rahman, the notorious “blind sheikh” who was convicted in 1995 of plotting terror attacks in the U.S.

BREAKING: TAOS JUDGE allowing bond and conditions of release in the #NMCompound case- $20,000 + list of conditions. Says state failed to prove the defendants should remain in custody until trial. @NBCNews

BREAKING- Defense attorney says suspects will most likely be released from custody tomorrow. Unclear what will happen to Siraj Wahhaj who may have a fugitive warrant out of Georgia. #NMCompound @NBCNews

BREAKING: The suspects in the #NMCompound child abuse case will be released on a signature bond. THAT MEANS THEY WILL NOT HAVE TO POST ANY MONEY TO BE RELEASED. 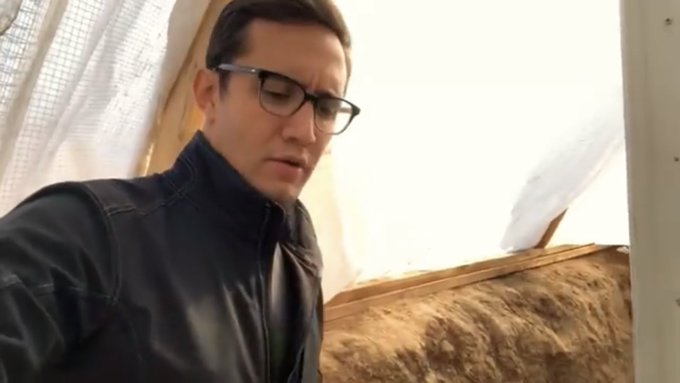 If you need a quick refresher on some of the allegations and complexities of this case…. This walk through of the compound is a good place to start.

Quick note on NM law… Burden is on prosecution to prove a defendant is so dangerous that no other condition of release, pre-trial, will reasonably protect public safety. State must prove by clear and convincing evidence. cy

Not a threat to the community, huh? These kids weren’t there for summer camp. We’ll keep you updated.