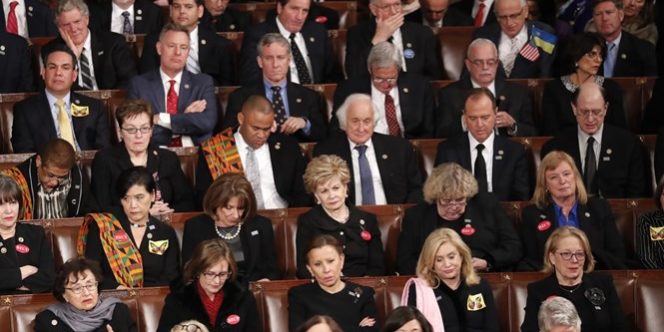 We’re roughly two-and-a-half months out from election day, and I’m frequently struck by the dissonance in the midterm tea leaves.  On one hand, Democrats continue to outperformtheir traditional metrics — often significantly — in off-year and special elections, likely pointing to a very blue November for Republicans.  Last week’s apparent, narrow victory for the GOP in Ohio fit this pattern, raising additional concerns about the party’s standing heading into the general election.  If not for a series of very close calls (including the closest of calls) in tight races around the country, Republican losses could have already established a very clear and negative narrative.

But there are offsetting and countervailing factors, too.  First and foremost, the economy is performing very well, which tends to boost the party in power.  The GOP’s agenda of deregulation and tax reform — opposed by every Democrat in Congress — has yielded economic dividends, improving the employment climate and spurring growth.  And while the generic Congressional ballot appeared to be see-sawing back toward Democrats after Republican gains in the spring, that indicator is tipping backin the other direction.

Does this trend matter in mid-August?  Perhaps not, as this examination of previous midterm cycles suggests.   It’s entirely plausible that Democrats are on their way to a strong showing, as the conventional wisdom suggests.  But comparing 2018 polling to previous years seems a little strange, given the degree to which the media and President Trump’s formal opposition routinely cast his presidency as uniquely abnormal and threatening.  If the overall electorate shared this sense of alarm, you might expect to see public surveys inexorably pointed to a backlash-style blowout.  Instead, Republicans are hanging in there, and Trump’s approval floats along in the lowish-40’s; not strong by any means, but also not disastrous, and remarkably stable in a political era infamous for instability.  Meanwhile, in a major battleground state — playing host to hotly contested gubernatorial and Senate races this year — the Democratic Party has actually lost ground on a key metric, compared to 2016 (when Republicans won the state).  Here’s Politico:

Last week we wondered “where’s the blue wave?” when Democratic absentee ballot returns weren’t as proportionately high as they were at this time of the election in 2014, the last midterm. Today, we begin to wonder even more now that the state has released the final numbers of registered voters for the August 28 primaries. The numbers show that, as a share of the electorate, Democratic Party registrations have fallen about 2 percentage points since the 2016 election (to roughly 37 percent). Registered Republicans have held steady at 35 percent. And no-party-affiliation voters have increased about 3 points. True, Democrats have won four contested bellwethers this cycle in Florida. But so far, there’s not a crush of people rushing to become Democrats. The big X-factor: independent voters.

Independent voters generally aren’t enamored with President Trump, but in Florida, Gov. Rick Scott has built a solid approval rating, which is serving him fairly well in his pursuit of the US Senate seat currently held by Bill Nelson. Scott has a small lead, with Nelson struggling to keep pace on spending, energy, and relevance. Indeed, a recent claim by Nelson that the Russians have penetrated Florida’s voting system was met with denials and pushback from state and local elections officials, with the Scott campaign demanding proof.  Did Nelson reveal something he shouldn’t have?  Or might he have misinterpreted or exaggerated a threat briefing in order to play to his Russia-obsessed base — or perhaps to get himself some press?

After ballooning earlier in the summer, Dems’ lead in the RCP generic ballot average ticks below 4 percent

And there it is, with Quinnipiac rotated out, the RCP Generic Ballot gap is down to D+3.9

Is that enough for the Dems to win the Toss Ups in gerrymandered, GOP held/Trump seats, in a midterm? I really don’t think so.