President Trump Has Some Advice for Joe Rogan 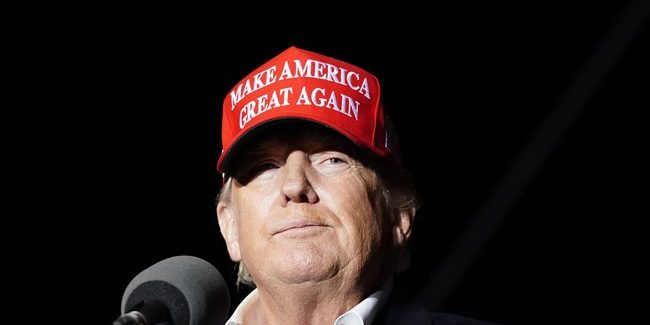 As the culture war battle over Joe Rogan continues to rage between the woke cancel-happy left and pro-free speech and ideological diversity crowd, another man familiar with leftist derangement is chiming in with some advice.

Calling out the “Fake News and Radical Left maniacs and lunatics,” Trump noted that Rogan “is an interesting and popular guy.”

“How many ways can you say you’re sorry?” Trump asked in the statement. “Just go about what you do so well,” Trump advised, warning Rogan against letting his critics “make you look weak and frightened. That’s not you and it never will be,” Trump added.  Few people know what it feels like to face the full weight of the radical left like Trump does, and he was never one to apologize for sticking to his guns and following through on his campaign promises to change the trajectory of the nation.

Trump’s statement comes as some conservatives seek to provide Rogan with a new and more secure outlet. As Leah covered earlier here, Rumble offered Rogan $100 million over four years to bring his past and future episodes to their “no censorship” platform.

Rumble’s offer follows the decision by Rogan’s current host, Spotify, to remove more than five dozen episodes of The Joe Rogan Experience from the platform, even as Spotify’s CEO told employees that he didn’t endorse all of Rogan’s content but that he wouldn’t remove the podcast from their platform.

CNN Medical Expert Actually Says It Out Loud: ‘The Science Has Changed’

Meanwhile, White House Press Secretary Jen Psaki poured more gas on the censors’ fire against Rogan by calling for big tech and platforms such as Spotify to do more to silence what she deems to be “misinformation” about the Wuhan coronavirus.