Other Puerto Rican Mayor: Trump Has Been Great, San Juan’s Mayor Has Been AWOL 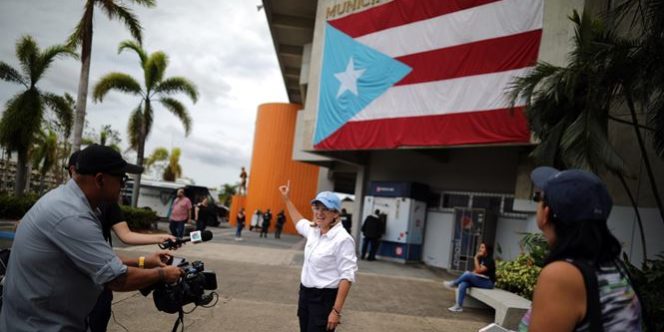 Perez Otero says he has been in constant contact with U.S. officials and is confident that they will provide the very best recovery efforts they can.

“We are receiving a lot of help from FEMA and the Red Cross…there is lots of help coming to us,”  adding, “they won’t leave until Puerto Rico is good.”

Earlier today several conservative commentators, myself included, somewhat wrongly criticized President Trump for his Saturday morning tweets attacking the San Juan Mayor.  Increasingly though, it would appear Mayor Yulin Cruz seized this natural disaster as a political opportunity to score points as a hero for the people of Puerto Rico, despite not actually working with federal agents in recovery effort.

Perez Otero is now the second person today to report that Yulin Cruz has been non-compliant with federal aid.  FEMA administrator Brock Long told CNN today that “the problem that we have with [Yulin Cruz] unfortunately is that unity of command is ultimately what’s needed to be successful in this response”and “what we need is for the mayor, the good mayor, to make her way to the joint field office and get plugged into what’s going on and be successful.”