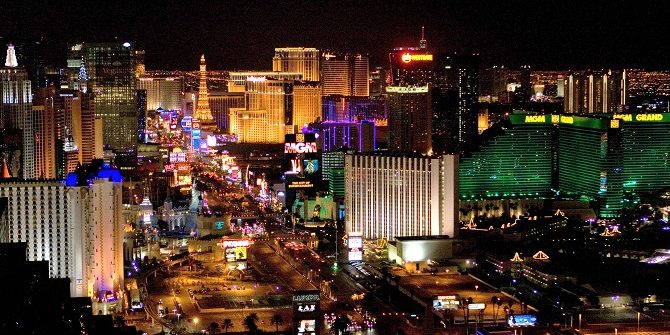 While President Trump was consoling the nation and offering support for Las Vegas, the Democrats and their friends in the media were rushing in to politicize a tragedy in the most despicable way imaginable.

The 59 people gunman Stephen Paddock killed were not even buried and the hundreds he injured still fighting for their lives when irresponsible politicians and members of the press sought to score cheap political points and push a gun-control agenda. “Our grief isn’t enough,” said House Minority Leader Nancy Pelosi. “We can and must put politics aside and stand up to the NRA and work together to try and stop all of this from happening again.”

Likewise, Hillary Clinton weighed in less than nine hours after the shooting and went deep into the gutter of politics. She mused that the massacre would have been worse if Paddock had a “silencer,” showing she knows as much about firearms as she does running a campaign. Do these people have any decency? We don’t know Paddock’s motive. We have very few details. Families are still in shock. But this is their initial impulse. Imagine if President Trump today brought up the Second Amendment. How would the news media in this country have reacted?

When it comes to the media’s reaction to this horrific event, it gets even worse. Liberal CNN “reporter” Jeff Zeleny suggests that the only reason President Trump is going to Las Vegas tomorrow is because the victims in the audience may have been his supporters. “Of course Las Vegas is a town that he is connected to and knows well, his name is emblazoned on top of a hotel there as well, he campaigned there a lot,” Zeleny said. “So, this is something that I’m not surprised at all to see him go there visiting early.  Something else I think to keep in mind, a lot of these country music supporters were likely Trump supporters.”

A top lawyer for CBS was fired Monday after writing something on Facebook that ought to make you sad and angry. “If they wouldn’t do anything when children were murdered, I have no hope that Republicans will ever do the right thing,” wrote Hayley Geftman-Gold, CBS’s now former vice president and senior counsel. “I’m actually not even sympathetic [because] country music fans are often Republican gun toters.”

Exploiting this shooting is pathetic. Yet every single time something like this takes place, Democrats rush to judgment without facts, immediately calling for stricter gun control. The lack of sympathy for the families speaks volumes. And if you watched TV all weekend, you saw they were doing the exact same thing when it comes to the recovery efforts in Puerto Rico. The island was pounded with two hurricanes. Its infrastructure, airports, roads, electrical grid, water supply and cellular service were all knocked out. And instead of focusing on the Trump administration’s valiant efforts to help those people in need, the media again tried to politicize a natural disaster to hurt the president.

“You’ve also heard a lot of commentary saying that yesterday might have been President Trump’s Katrina moment,” ABC newsman and former aide to President Clinton George Stephanopoulos said. “Let’s go back to, you know, this comparison with Katrina, whether or not, this is Trump’s Katrina, this could actually be worse,” one guest said on NBC’s “Meet the Press.” “Because Katrina was about indifference and incompetence, this is about mean spiritedness.”

And CNN’s Jake Tapper decided “race or ethnicity might be playing a factor” in what he erroneously believes was Trump’s delayed reaction to Puerto Rico.

In truth, the Trump administration is working nonstop to help people in need. After unrelenting attacks from the media, the White House press secretary Sarah Sanders tried to set the record straight. “The federal government is doing everything within our powers and capabilities to first focus on the life-sustaining and life-saving measures as well as on the rebuilding process,” she said. “We’ve got over 12,000 federal staff on the ground, 64 hospitals out of 67 are partially or fully operational. Fourteen are now back on the electrical grid. Forty five percent of customers in Puerto Rico have access to drinking water. Eight commercial airports are operational, 65 percent of gas stations are open, all of these things are things that we are continuing to push, continuing to move forward and will be part of that effort.”

Whether it is a mass shooting by a lunatic or a devastating hurricane, the rush to politicize a tragedy and attack President Trump shows the liberal mainstream media would they rather just play politics than tell the truth or do its part to help when people are suffering.