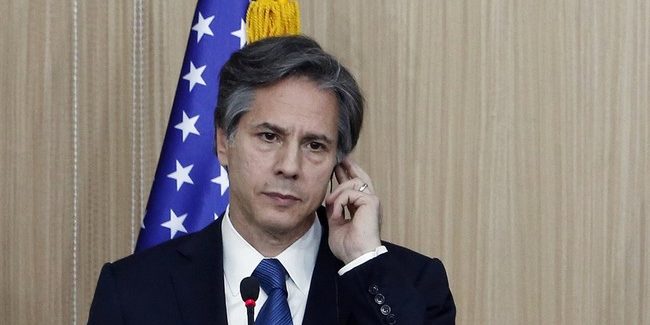 Speaking with Secretary of State Antony Blinken, CNN’s Jake Tapper demanded to know on Sunday how President Biden got the Afghanistan withdrawal “so wrong.”

While the secretary tried to shift blame to Biden’s predecessor setting a May 1 withdrawal timeline, Tapper pushed back, noting that the deadline was passed, troops were still on the ground, and that the more pressing issue is not leaving Afghanistan, but how it was done so  “hastily and ineptly.”

Not letting up, Tapper then quoted President Obama’s former ambassador to Afghanistan, who criticized Biden over how the withdrawal was carried out.

“President Obama’s former ambassador to Afghanistan, Ryan Crocker, he called the way this was done, quote, ‘a handover to the Taliban’ and, quote, ‘we have hung them out to dry’ about the Afghan people. Crocker continued, quote, ‘I’m left with some grave questions in my mind about Biden’s ability to lead our nation as commander-in-chief. To have read this so wrong or even worse to have understood what was likely to happen and not care,’ unquote.”

“Does President Biden not bear the blame for this disastrous exit from Afghanistan,” Tapper wondered. After a lengthy exchange, Tapper tries to hold Blinken to responding.  “You keep changing the subject to whether or not we should be there forever, and I’m not talking about that.  I’m talking about whether or not this exit was done properly, taking out all the service members before those Americans and those Afghan translators could get out,” he said.

While Blinken said it’s the administration’s priority to evacuate all Americans and those who helped the military safely, the host countered that the administration had months to do this and yet it’s happening amid chaos, with many not even able to make it to Kabul. He then likened it to Saigon.

Finally, Tapper pressed him on whether Afghanistan will now become a “hotbed of terrorism,” but all Blinken could say was that he didn’t believe it would be in the Taliban’s “self interest to allow that to happen again.”