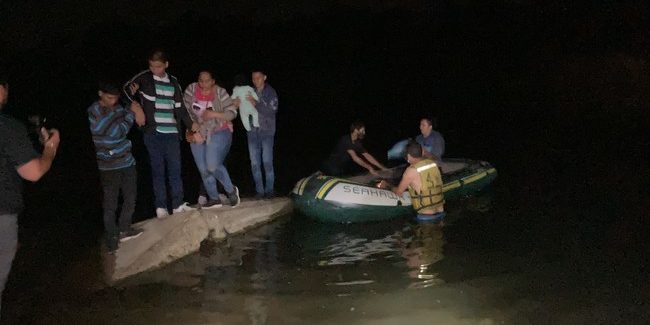 Secretary of Homeland Security Alejandro Mayorkas announced Customs and Border Protection U.S.-Mexico border apprehensions for the month of July while speaking at a press conference in Brownsville, Texas on Thursday.  In July, despite the extreme summer heat, CBP had 212,672 apprehensions, beating out June’s apprehensions, which totaled 188,829. Only 95,788 of the 212,672 encounters resulted in a Title 42 expulsion. During the announcement, Mayorkas conceded the U.S. is “encountering an unprecedented number of migrants” along the southern border but added surges have happened in the past.

Mayorkas praised the Biden administration’s efforts to reduce the crowding in the Border Patrol facilities housing unaccompanied minors but did not mention the ongoing overcrowding for family units within the holding facilities.

“They are way past capacity – so aliens sit outside because where do you take them? Logistically it’s a nightmare – people want to go to the bathroom, need to eat, women need to breastfeed, and the list goes on…This has surpassed the point of sustainability – this is lunacy,” a Border Patrol source in the Rio Grande Valley Sector said.