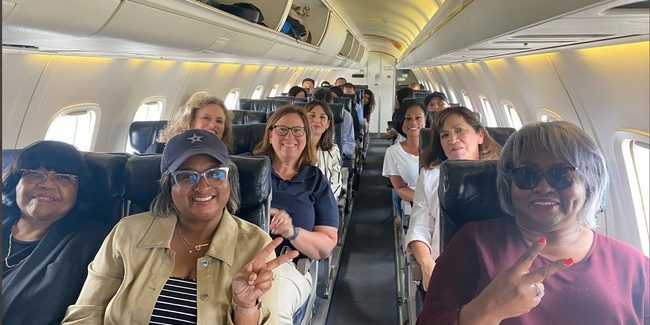 A Democratic legislator took to the floor of the Texas Senate on Wednesday evening in Austin, railing against a Republican-backed voting rights bill for more than 15 hours.

The legislator, state Sen. Carol Alvarado (D-Houston), began speaking at 5:50 p.m. on Wednesday and held the floor until approximately 9 a.m. on Thursday. In accordance with Texas Senate rules, Alvarado was prohibited from sitting, leaning, or drinking water through the entirety of her speech.

Speaking in opposition to Texas’ Senate Bill 1, Alvarado began by calling the bill a “regressive step back” toward the state’s history of slavery.

“[President Lyndon B. Johnson] said the Voting Rights Act struck away the last major shackle of the fierce and ancient bond of slavery,” Alvarado said. “Senate Bill 1 is a regressive step back in the direction of that dark and painful history.”

Alvarado also questioned the prevalence of voter fraud that SB 1 aims to prevent, implying that there are no issues with widespread, unverifiable drive-through voting.

During her filibuster, Alvarado received support from several prominent Democrats, including former Housing and Urban Development Secretary and 2020 presidential candidate Julián Castro. Castro tweeted that he was “proud” of Alvarado for standing up to the “GOP’s latest voter suppression bill.”

Despite Alvarado’s best efforts, Texas’ SB 1 was passed just minutes after she left the floor. All 18 Republicans voted in favor, while all 11 Democrats present voted against it.

The bill now heads to the chaotic Texas House of Representatives, which dozens of Democrats fled for Washington, D.C. last month to delay any action on voting rights legislation. After the Texas Supreme Court ruled on Tuesday that arrest warrants could be issued for the missing legislators, Texas’ House Sergeant-at-Arms issued 52 warrants for the Democrats who remain absent.