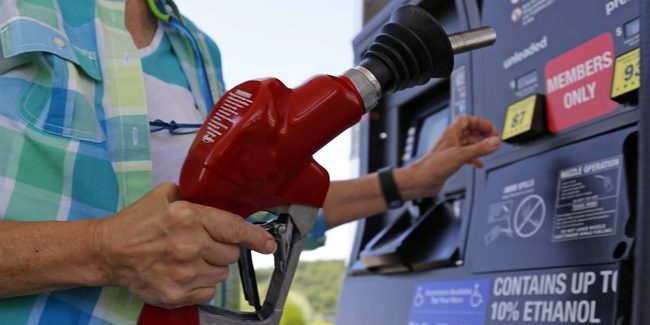 The U.S. Department of Labor announced Wednesday morning that the Consumer Price Index (CPI) increased .5 percent in July after rising .9 percent in June and tying last month’s year-over-year increase of 5.4 percent — the largest jump since 2008.

“This is the type of thing, economists like to brush it off and say ‘it’s transitory, it’s not a big deal,’ but this is the stuff that matters to regular Americans,” noted Cheddar’s Jill Wagner. “I know when I go food shopping, I go for just what I think is just gonna be a quick food shopping, and I’m like $300 in the hole. Things are just much more expensive — it’s just a lot more expensive to basically do anything these days.”

It’s not just economists who try to brush off the record-setting and now-tying inflation, the Biden administration continues to say that inflation pressure is temporary or seasonal, words that matter little to Americans struggling to stretch their dollars to meet rising costs.

“The numbers don’t lie – as a direct result of Biden’s failed policies, the dollars in the pockets of Americans are worth less and less,” said the RNC in a statement. “With prices skyrocketing and American small businesses struggling to fill jobs, the last thing our economy needs is Democrats’ reckless $3.5 trillion tax-and-spending spree.”

And while Democrats herald wage growth, the accompanying inflation is outpacing that growth and leaving Americans with less buying power. The result is a “Biden pay cut,” according to Job Creators Network President Alfredo Ortiz. “Rapidly rising prices due to inflation are causing American workers’ real wages to fall,” Ortiz explained. “Wages grew by 4 percent last month while inflation increased by 5.4 percent meaning that hardworking Americans are falling further behind.”

As the Department of Labor’s data release explained, it’s not just a few items that are seeing price spikes, it’s almost everything Americans need.

Whether it’s rent, groceries, date night, cars, gas, or a power bill, consumers are feeling the impact of President Biden’s economic policies that hit as a not-so-hidden tax on the budgets of all Americans, including those who Biden promised wouldn’t see their taxes go up.