Texas Gov. Greg Abbott Put Down Some Serious Cash to Get His State-Funded Border Wall Going 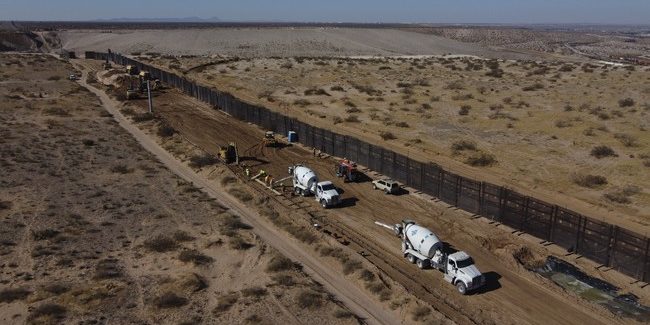 It’s happening. The border crisis is ongoing. Joe Biden doesn’t want anything to do with it. We had another month where over 180,000 illegals were apprehended at the border that we know about. It’s soared past one million since Biden has become president. It’s out of control. Our own Julio Rosas knows first-hand; he’s been down there multiple times. Now, Republican Texas Gov. Greg Abbott is taking matters into his own hands. He’s building his own border wall. Leah wrote about this last week, but now we know the down payment. It’s quite significant for a state budget (via Fox News):

Texas Gov. Greg Abbott on Wednesday formally announced that Texas will build its own border wall, as he accused the Biden administration of abandoning its responsibility to protect the southern U.S. border.

“Today we are announcing that Texas will build a border wall in our state to help secure our border,” Abbott said at a press conference.

Abbott also announced a $250 million down payment to begin the project, allowing the state to hire a project manager and get the task underway. He said that it would be built on a combination of state land and donations of private land, and be partly funded by donations.

The Dallas Morning News later reported that the down payment will come from the state’s Department of Criminal Justice.

More than 450 miles of border wall, including in Texas, was built during the Trump administration. That construction was suddenly halted by the Biden administration shortly after President Biden took office. Opponents of wall construction said it was cruel and ineffective, while proponents said it was a vital part of a border strategy to stop the flow of illegal immigration.

The issue that catapulted Donald Trump to the top of the 2016 GOP field and eventually the presidency is the one that Democrats are screwing up royally. Trump vowed to build a wall. It was a key 2016 promise. He got that partially done, but COVID screwed everyone’s plans. Now, Abbott is doing his part to secure the border and curb illegal immigration. Walls work. It’s why the liberal media calls them “cruel and ineffective.” It’s a tell-tale sign that it was a good immigration policy.

There will be a lawsuit for sure. Brace yourself for the tedious legal jargon that’s about to be had with this border wall issue.