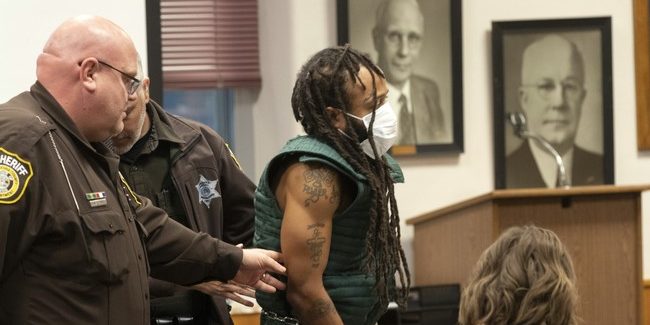 Let’s cut right to the chase: The media made the Kyle Rittenhouse trial a racial morality play because it suited their leftist ideological narrative, regardless of the facts. As we’ve written previously, the left is committed to certain Larger Truths, and they’ll flog them relentlessly – even when the various particulars don’t support them. The reverse is also true: Realities that run counter to the Larger Truths, or that might vindicate or empower the Bad People, are played down, ignored, or memory-holed. Eight days ago, there was a massacre in the heartland. As that horror unfolded at an annual Christmas parade, social media exploded with outrage and speculation, with various observers eager to pin the blame on their political opponents. Once details began to emerge, and the alleged perpetrator was identified, the big media machine ground to a halt, and the would-be deluge was reduced to a trickle. What likely would have been hyped as a massive national story with endless implications (think Charlottesville but with a substantially higher body count) instantly became a minor, if tragic, disturbance. A local news story. And even some left-leaning local news outlets didn’t seem too excited about dwelling on it too much:

Alas, the weapon used was not conductive to one favored partisan cause (gun control), just as the suspect inconveniently failed to match the profile of a favored racial storyline. The national “news” media’s resulting, notable collapse in enthusiasm over the story was so blatantly obvious that even some left-leaning friends of mine reached out to comment on it. I mentioned this in a recent on-air discussion with Jesse Watters:

As the media’s blatant lack of interest grew more and more obvious, I heard from another center-left friend who was astounded by the relative silence of the country’s Official News Sources. I mentioned this on Twitter last evening:

Putting this out into the universe, I knew that two leftist objections would arise: First, that I was making up these interactions. Second, that we’re all dumb fools because the media has covered the story. I was prepared for both. Content warning (language):

I decided I would not name my friends because they never agreed to have their identities revealed over casual political text messages – and two of the three of them work in realms in which their Progressive Wrongthink could be used against them. The exchanges documented above are real. As for the latter point, this is a familiar trope. Media defenders inevitably point to some coverage as if it “proves” that conservatives are lying about, or dreaming up, their complaints. But the allegation here is not that there is no coverage; it’s that the tone, tenor and amplification of the coverage is fractional compared to what it would have been if the facts of the case were more in line with the general worldview of those who populate major newsrooms (ranging from traditional liberals to leftist activists). Some outlets have been better than others, to be sure. But overall, it’s the scope and intensity of the coverage that is the “tell” here. Minimal or perfunctory coverage does not debunk that point. It is the point. Another episode this reminds me of was the Steve Scalise shooting. Mary Katharine Ham documented the phenomenon at the time:

National media covered the incident voraciously for several hours, but within a day, most had moved on to another leak in the Russia story. Less than 48 hours after a multiple assassination attempt on members of Congress, there were no media vans or cameras at the Alexandria baseball field where it occurred. Just for perspective, when Republican staffer Elizabeth Lauten committed the offense of writing something critical of President Obama’s daughters on her private Facebook page, news cameras were camped on her parents’ lawn staking her out for the better part of a week. When the press was covering the shooting, it was mostly a gauzy, imprecise discussion of how “rhetoric” might have caused it, which means we’re in the business of determining whose rhetoric to stifle to prevent further violence. Wouldn’t you know it? The answer was… Donald Trump’s rhetoric, which has the magical power to compel a Bernie volunteer to shoot a long-time Trump-supporting Republican…The New York Times went so far as to repeat a long-debunked lie blaming Sarah Palin’s political speech for the wholly unrelated shooting of Rep. Gabby Giffords in an attempt to make Republicans culpable in a scenario in which Republicans were shot. All of its fact-checkers were presumably engaged in checking the statements of Republicans blaming Democratic rhetoric for the shooting, because those are their priorities.

Media bias and corruption do not merely stem from bad coverage or lack of coverage. It’s the degree and framing of the coverage, too. Recall the recent news cycles devoted to a (bad and indefensible) meme depicting the killing of AOC. Now extrapolate out and envision the wall-to-wall coverage if – God forbid – the New York Democrat and her Squad had been targeted by an active gunman the way Scalise and his fellow Republicans were. That undeniable, screamingly clear coverage gap goes to the heart of the issue. And the problem is so undeniable and screamingly clear that even many Democrats can’t help but notice it. Apologists and gaslighters can say whatever they want. The reality is nearly impossible to ignore. And on that score, I’ll leave you with this, as of last evening: