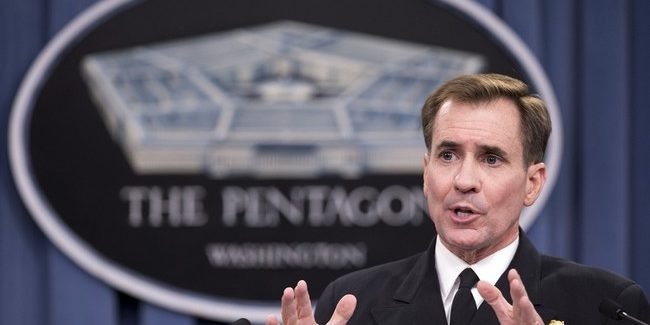 With hours remaining in the United States military’s two-decade presence in Afghanistan, the Pentagon really doesn’t want to talk about the Americans or Afghan allies who helped our country that will be left behind.

By 3:29 p.m. eastern time on Tuesday there will be no American troops left in Afghanistan, but there will be American citizens left behind in Kabul along with Afghan citizens seeking special immigrant visas to save their families from a dangerous future under Taliban rule in a country filled with ISIS-K and Al-Qaeda terrorists.

Yet the Pentagon dodged questions again after weeks of refusing to put a specific number on the number of Americans who remain on the ground in Afghanistan.

Bragging about the “more than 122,000” individuals evacuated “including 5,400 Americans” in the airlift from Kabul’s Hamid Karzai International Airport, Major General Hank Taylor and Pentagon Press Secretary John Kirby still don’t seem to know how many Americans are about to be abandoned in Afghanistan.

Answering a question referencing reports that there may be as many as 80,000 special immigrant visa applicants — individuals who risked their lives and futures to help the United States over the last two decades — left behind in Afghanistan, the Pentagon had nothing to say.

“I don’t have a good breakdown,” explained Kirby, speaking on behalf of the most powerful and well-informed military in the world. “I can’t verify that number… and I can’t tell you what the breakdown is,” he insisted. “I can’t give you the breakdown right now, I honestly can’t.”

Instead, the Pentagon referred questions on individuals remaining in Afghanistan to the State Department — which hasn’t updated its briefing schedule since August 27.

Those finding themselves in Afghanistan after the August 31st deadline will have to depend on the State Department to make it out of the country, Kirby said, adding he doesn’t anticipate a military role in Afghanistan evacuations after Tuesday’s cutoff.

Kirby also repeated the Biden administration’s dubious claim that the events of the last two weeks were “something we had been planning for” but added “the timing for these things is always very delicate” and “nobody could have imagined how quickly [the Afghan] government would have literally just dissipated almost overnight.” So if they were planning for every contingency including one where the Afghan government collapsed and Americans found themselves stranded behind Taliban lines, why were President Biden, Jen Psaki, Jake Sullivan, and numerous other senior Biden administration officials out of town for vacations? And if they were caught so off-guard as they also contradictorily insist, why do they now claim to have a handle on the situation?

Both are reasonable questions as the Biden administration’s humiliating and deadly departure from Afghanistan draws to a haphazard close, just don’t expect answers from the Pentagon.