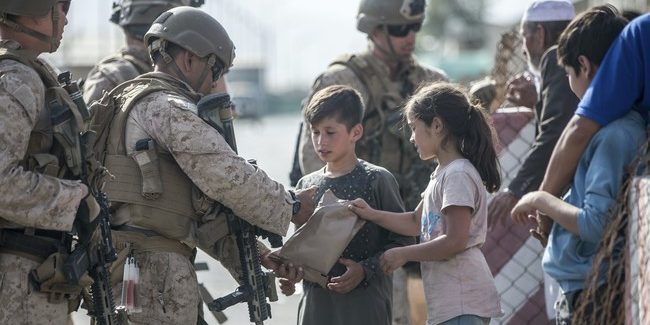 The prospect of American citizens being stranded in Afghanistan increased significantly after multiple attacks were carried out at and around Hamid Karzai International Airport in Afghainstan on Thursday.

Fox News White House Correspondent Jacqui Heinrich reported on a source who has been briefed on the unfolding situation in Kabul told her more attacks could happen. “Military continues to retrograde and depart airport. Almost a certainty that Americans will be left behind. They will have to be extracted after-the-fact through either Taliban negotiation or unconventional means,” the source said.

There were at least two explosions and a firefight on Thursday, resulting in many deaths and injuires. At least three U.S. Marines are reported to have been injured as well.

It is still unknown the exact number of American citizens who are still trapped in Afghanistan and, prior to Thursday’s attack, it was unlikely the U.S. military was going to get them all out before the August 31 deadline. The White House and the Pentagon have cited the chaotic situation as the reason why they do not know how many Americans are still trying to leave the country. That number does not include the thousands of Afghans who qualify for Special Immigrant Visas due to them working for the U.S. government.