‘We Should All Be Gravely Concerned’: How the Border Crisis and Afghanistan Crisis Could Mix 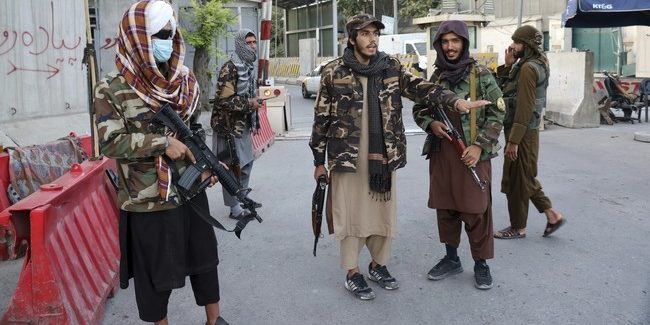 While the issue of Afghanistan has been the main focus of the news headlines in recent weeks, the crisis at the U.S.-Mexico border continues to be a major problem for the country and now Republicans and former border security officials are raising the alarm over how the two crises can intertwine.

Terrorist organizations finding a new safe haven to organize out of could not have come at a worse time with how vulnerable America’s southern border has become this year. Former Acting Commissioner of U.S. Customs and Border Protection Mark Morgan said because of the rise in potential terror attacks originating from Afghanistan, Border Patrol had seen an increase in apprehensions of people from countries not including Mexico or the Northern Triangle.  “This past fiscal year, Border Patrol has apprehended more than 14 illegal aliens on the FBI’s Terror Screen Database…Not at the ports of entry, this is in between the ports of entry. Border Patrol has apprehended thousands of illegal aliens from what we refer to as special interest countries, special interest aliens,” Morgan explained to Townhall.

With the Taliban back in charge in Afghanistan, and with al Qaeda and ISIS experiencing a resurgence, Morgan said he is very concerned about terrorists exploiting such a large vulnerability.

“I can’t think of a more significant vulnerability than our southern border right now. This is a real threat…We should all be gravely concerned.”

Former Chief of U.S. Border Patrol Rodney Scott also expressed concern about the rise of special interest aliens his agents have been catching this fiscal year in his final video message to the agency.

“I firmly believe that it is a national security crisis. Immigration is just a subcomponent of it, and right now, it’s just a cover for massive amounts of smuggling going across the southwest border — to include TSDBs at a level we have never seen before. That’s a real threat.”

Sen. Marco Rubio (R-FL) sent a letter to Secretary of Homeland Security Alejandro Mayorkas asking how the Biden administration will secure the U.S.-Mexico border in the event that terrorists released by the Taliban from prisons in Afghanistan attempt to sneak in, according to the Washington Examiner.

“The current alarming and unsustainable crisis in Afghanistan also gives me significant concerns about the increased risk of dangerous individuals crossing from Mexico into the United States due to your track record of failing to secure our southern border,” Rubio wrote.  Morgan further said the U.S. should not only be worried about terrorists exploiting the southern border, but the country should also be aware that due to the ongoing crisis at the U.S.-Mexico border, law enforcement resources have been pulled from the U.S.-Canadian border to go south, making our northern border less secure.  “I am concerned that something is going to happen and there’s going to be a terrorist event in our country and we’re going to find out that it was connected to our borders and that is going to be sad,” Morgan said.