Trump Issues Warning to Iran About Threatening US 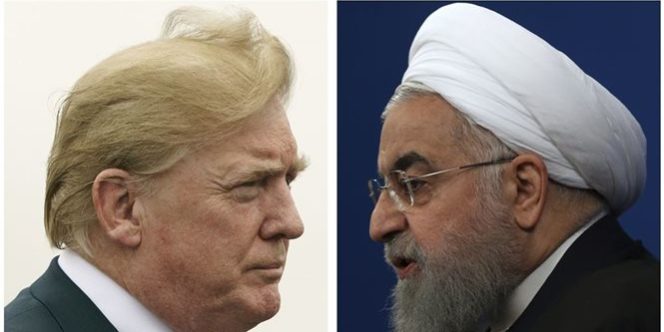 President Trump warned Iran Sunday night that it better not continue threatening the United States or the country “will suffer consequences.”

In a message to Iranian President Rouhani, Trump tweeted in all caps: “Never, ever threaten the United States again or you will suffer consequences the likes of which few throughout history have ever suffered before. We are no longer a country that will stand for your demented words of violence & death. Be cautious!”

Trump’s message comes after Rouhani issued a threat earlier Sunday if the United States followed through with hostile policies against Tehran.

Addressing a gathering of Iranian diplomats, Rouhani said: “Mr Trump, don’t play with the lion’s tail, this would only lead to regret,” the state new agency IRNA reported.

“You are not in a position to incite the Iranian nation against Iran’s security and interests,” Rouhani said, in an apparent reference to reported efforts by Washington to destabilize Iran’s Islamic government. (Reuters)

Trump’s comments also came after Secretary of State Mike Pompeo delivered remarks to members of the Iranian American community, expressing support for the Iranian people and saying the leadership in Tehran “resembles the Mafia more than a government.”