Gowdy: If There Was Evidence of Collusion Schiff Would’ve Leaked It 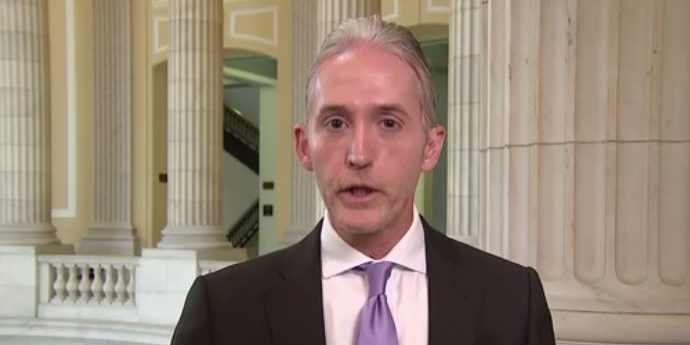 Rep. Trey Gowdy said Sunday that after 18 months of congressional investigations into whether there was collusion between the Trump campaign and the Russian government, no evidence has turned up. He knows this because as a member of the House Intelligence Committee and chairman of the Committee on House Oversight and Government Reform, Gowdy said he has likely seen more government documents related to collusion than any other member of Congress. The South Carolina Republican went on to say that proof of this is in the fact that California Rep. Adam Schiff, the top Democrat on the House Intelligence Committee, hasn’t leaked it.

“I have not seen one scintilla of evidence that this president colluded, conspired, confederated with Russia, and neither has anyone else, or you may rest assured Adam Schiff would have leaked it,” Gowdy said on “Fox News Sunday.”

“That’s why they’ve moved off of collusion onto obstruction of justice, which is now their current preoccupation,” he added. Gowdy also went on to offer President Trump some advice: concluding “that Russia interfered with us … does not delegitimize your presidency.”

“Russia is not our friend,” he told host Bret Baier. “We need to be very careful dealing with them but that does not take away from the fact that he won the 2016 election, much to the chagrin of Brennan, Comey and all the rest.” Schiff said Sunday on ABC News that President Trump is “acting like someone who’s compromised.”