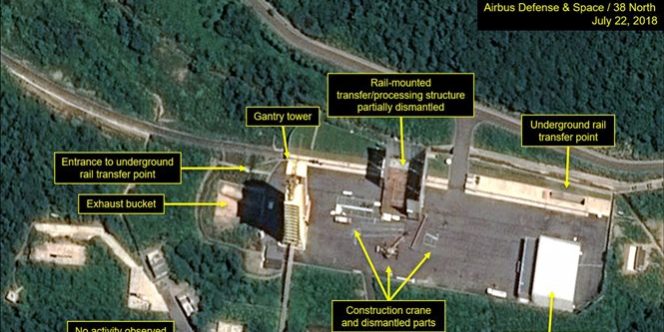 The group says analysis of commercial satellite images between July 20 and July 22 shows the Sohae launch site being dismantled and may be a sign the Hermit Kingdom is fulfilling its promise made to President Trump at the Singapore Summit.

The North Korea-focused 38 North website said commercial satellite images between July 20 and 22 indicate the North began dismantling key facilities at the Sohae launch site. The facilities being razed or disassembled include a rocket engine test stand used to develop liquid-fuel engines for ballistic missiles and space-launch vehicles and a rail-mounted processing building where space launch vehicles were assembled before being moved to the launch pad, according to the report. (CBS)

“Since these facilities are believed to have played an important role in the development of technologies for the North’s intercontinental ballistic missile program, these efforts represent a significant confidence building measure on the part of North Korea,” 38 North’s analyst Joseph Bermudez said in the report.