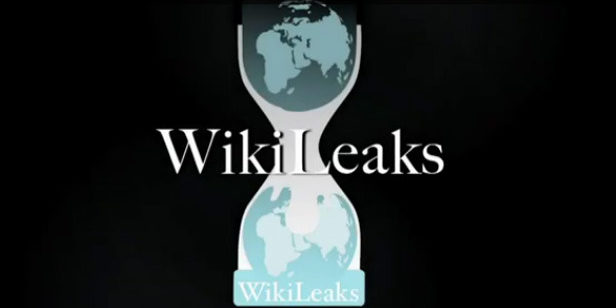 Julian Assange, who was originally planning to make an announcement from the balcony of the Ecuadorean Embassy in London where he has lived for five years, instead appeared via videolink at a Berlin conference commemorating the leaked email clearinghouse’s 10-year anniversary.

Despite widespread speculation he would reveal game-changing information on Democratic presidential candidate Hillary Clinton, Assange’s 3 a.m. ET appearance featured no new revelations, although he did promise to publish information regarding the presidential election “every week for the next 10 weeks.”

Assange said he will publish documents regarding at least three governments before the end of the year.

Assange denied that he was specifically targeting Clinton with his document dumps, insisting that some of his statements have been misconstrued. He added that WikiLeaks will publish leaked documents on war, oil, Google and mass surveillance in addition to the U.S. election.

Assange also announced changes in its funding and organization. He called upon readers to donate to WikiLeaks and urged his followers to join the WikiLeaks Task Force to help defend the whistle-blowing website.

The 45-year-old Assange opted not to appear from the embassy after WikiLeaks developed “specific information” regarding Assange’s safety.

“It’s a variety of documents, from different types of institutions that are associated with the election campaign, some quite unexpected angles, some quite interesting, some even entertaining,” Assange told Fox News Channel’s Megyn Kelly in August.

In a subsequent interview with Fox News Channel’s Sean Hannity last month, Assange said his next round of revelations was coming “reasonably soon.”

“The first batch is reasonably soon,” he told Hannity. “We are quite confident about it now.”

Assange has already played a key role in the presidential race, with the release of 20,000 internal emails that indicated the Democratic National Committee appeared to conspire to prevent Bernie Sanders from winning the nomination. Those revelations surfaced in August, just before the party’s convention, proving embarrassing to Clinton’s campaign. They also led to the resignation of DNC Chairwoman Debbie Wasserman Schultz.

Though no recent public revelations directly tie to Assange’s security fears, various U.S. officials and pundits have made threatening statements directed at him in the past. WikiLeaks on Monday tweeted an alleged quote from a 2010 State Department meeting at which then-Secretary of State Hillary Clinton asked if Assange could be killed in a drone strike. That same year, former Democrat strategist Bob Beckel said on Fox News Channel that “a dead man can’t leak stuff.”

Assange also has hinted that deceased DNC staffer Seth Rich may have been a source for WikiLeaks. Rich, 27, was found with multiple gunshot wounds to the back at a Washington, D.C., intersection in July. He died soon thereafter. Authorities believe Rich was the target of a botched robbery, but his death has inspired conspiracy theories.

WikiLeaks has published more than 10 million leaked emails, including sensitive information about prisoners at Guantanamo Bay, U.S. military operations in Iraq and Afghanistan and a cache of diplomatic cables from U.S. embassies around the world.