Another ‘Defund the Police’ Dem Caught Asking for Police Protection 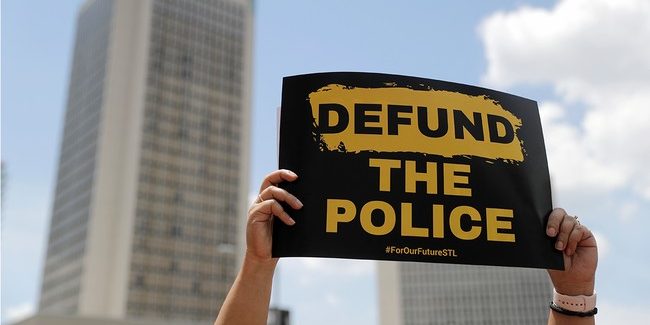 According to a new report in The New York Post, yet another anti-law enforcement Democrat has been seeking special police protection despite publicly advocating for police budgets to be slashed and accusing law enforcement officers of being white supremacists.

Representative Jamaal Bowman, a Democratic Socialist from New York, reportedly requested special police protection for his private residence from the Yonkers Police Department. According to the Post:

“About a week after the Jan. 6th incident at the Capitol, we received a request from the Congressman’s office for increased police presence at his residence,” Yonkers Police Department Detective Lt. Dean Politopoulos told The Post.

“In response, our Intelligence Unit was notified of the request and the local precinct instituted what is called a directed patrol at the Congressman’s home for the next two weeks,” Politopoulos said.

Rep. Bowman — in another case of safety for me but not for thee — has been one of the Democrats’ most vocal leaders in calls to defund police departments across the country, saying the system is “cruel and inhumane” and “can’t be reformed,” saying the solution is to “defund the system that’s terrorizing our communities.”

Bowman is also on record saying “policing has a white supremacy problem.”

We have police occupying and criminalizing innocent Black and brown people. But after a literal attack on our Capitol, thousands of guilty white nationalists walked away free.

In another video posted by Bowman, who is a close ally of the radical “Squad” members, he calls for police funding to be reallocated to “true public health and public safety.”

“Defund the police means defund the occupation of black bodies and the militarization of our communities,” Bowman also tweeted among dozens of posts calling for American neighborhoods to be left without adequate law enforcement personnel or coverage amid rising crime.

Earlier this year, Bowman’s fellow anti-police Democrat Representative Maxine Waters (D-CA) requested an armed escort on her flight from D.C. to Minneapolis to deliver a speech to agitators in which she advocated for continued violence.