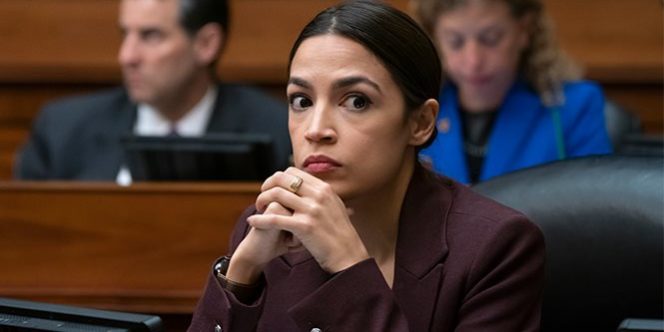 Under the Federal Election Campaign Act of 1971, all expenditures of $200 or more are required to be reported to the FEC. It appears that this structure was established to skirt FEC requirements on PAC donations, which are limited to $5,000 per election cycle. Anytime a PAC cuts a check to a candidate’s committee, they’re required to report that to the FEC and go into detail about what the money is being used for (marketing, fundraising, etc).  “These are not minor or technical violations. We are talking about real money here. In all my years of studying FEC reports, I’ve never seen a more ambitious operation to circumvent reporting requirements. Representative Ocasio-Cortez has been quite vocal in condemning so-called dark money, but her own campaign went to great lengths to avoid the sunlight of disclosure,” Tom Anderson, director of NLPC’s Government Integrity Project, said in a statement.

The Washington Examiner detailed the allegations:

In 2016 and 2017, Chakrabarti’s PACs raised around $3.3 million for the project, primarily from small donors. During this time, the committees transferred over $1 million to two shell companies controlled by Chakrabarti with names similar to one of the PACs, Brand New Campaign LLC and Brand New Congress LLC, according to federal election filings.

A few weeks after starting the Brand New Congress PAC, Chakrabarti formed one of the companies, Brand New Campaign LLC, in Delaware, using a registered agent service and mailbox-only address.

Over the next seven months, as small-dollar political donations poured into the PAC from progressives across the country, the committee transferred over $200,000, 82 percent of the contributions, to the company Brand New Campaign LLC. The payments were for “strategic consulting,” according to federal election filings. They were sent to an apartment address listed for Chakrabarti in the Greenwich Village area of Manhattan.

Brand New Congress LLC is not registered in any Secretary of State databases. It is unclear where or when it was incorporated.

People familiar with FEC rules and regulations found the arrangement to be strange.

“It’s a really weird situation,” Bradley A. Smith, former chairman of the FEC, told the Examiner. “I see almost no way that you can do that without it being at least a reporting violation, quite likely a violation of the contribution limits. You might say from a campaign finance angle that the LLC was essentially operating as an unregistered committee.”

“None of that makes any sense,” Adav Noti, the senior director of the Campaign Legal Center and a former FEC lawyer, said. “I can’t even begin to disentangle that. They’re either confused or they’re trying to conceal something.”