Axios: The Red Wave Is Coming 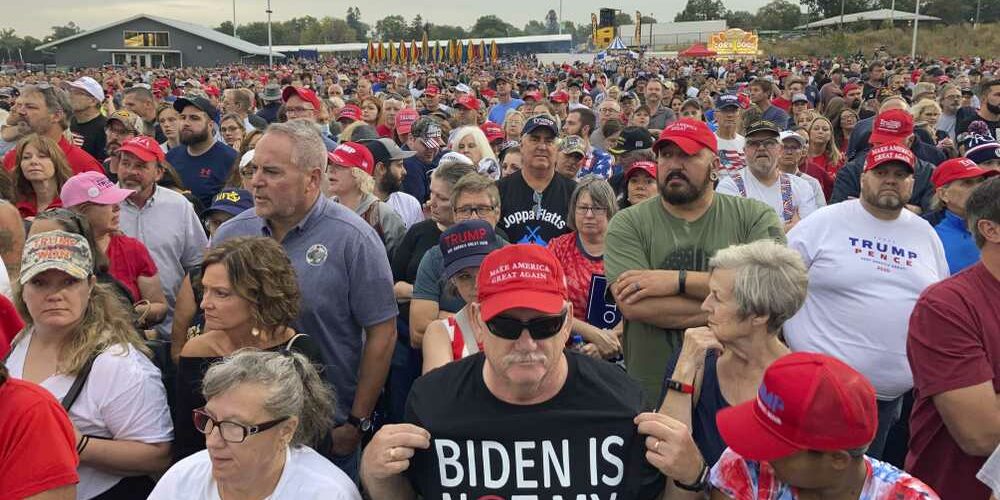 It’s hard to discern things in real-time, especially when it looked like 2022 could become a national referendum on abortion in the final weeks of summer. At least a few political strategists saw how abortion crept up on the list of voters’ concerns. It ended up being a political mirage as the consumer index report dropped an atomic bomb on the markets, torching $1.5 trillion off the books.

Democrats have a penchant for treating voters, especially their base, with contempt and condescension. The market crash in August reminded voters, even liberal ones, that even though they may disagree with the Supreme Court’s ruling to overturn Roe v. Wade—the economy remains their No. 1 concern. It’s nonsensical to rage about abortion if you’re homeless. Inflation remains a killer for working Americans, who get hit in the wallet again at the gas pump.

The recent New York Times poll showed that the Democratic Party’s advantage with women had been erased, indicating that the Democrats’ messaging on abortion wasn’t resonating. Women have now split in their voting preferences this cycle, and independent women are drifting into the GOP camp this year for one simple reason: the economy. Still, liberal groups sunk close to $20 million on abortion ads, while working families continue to see their paychecks get cannibalized by the inflationary policies of the Biden White House. Voters are being exposed to a president incapable of recognizing real problems, let alone solving them, and it’s time for a radical change. Biden munching on an ice cream cone at a Portland Baskin Robbins, adamant that the economy is “strong as hell,” was this year’s ‘let them eat cake’ moment.

The culmination of inaction by the White House to address serious economic problems, Biden’s atrocious approval ratings, high inflation, spikes in crime, and a host of other domestic issues have created an environment where the red wave is coming back. The conditions probably never changed all that much, just the volume of the media noise—but there are signs that the blast radius could even penetrate the bluest parts of the country (via Axios):

Two weeks out from the midterms, evidence points to a re-emerging red wave that could sweep in GOP control of both chambers. In the Senate, Republican officials are now bullish they’ll gain at least the one seat necessary to regain the majority.

Why it matters: The national political environment shapes the trajectory of all the battleground races, meaning a big enough wave could touch some of the bluest districts.

There’s also an outside chance it sweeps in flawed Republican Senate nominees in Georgia and Arizona — despite their underwhelming campaigns against battle-tested Democratic incumbents.

How we got here: Inflation, inflation, inflation. Abortion may have peaked too soon as a motivating issue (the Supreme Court overturned Roe v. Wade in June) to give Democrats a maximum boost in November. The late timing of gas prices’ rebound, conversely, puts more wind in the GOP’s sails.

Biden delivered a speech Tuesday pledging to codify Roe as his first act if Democrats elect more senators and keep the House. But there’s worry in Democratic circles that abortion-centric messaging is keeping candidates from talking about the economy.

… The latest public polling shows Republicans pulling ahead on the generic ballot. The Monmouth survey showed the GOP with a six-point advantage among registered voters (50%-44%), with more Republicans “extremely motivated” to vote (64%) than Democrats (59%).

The Cook Political Report’s House editor David Wasserman said this week many of the 15 Democrats in “lean Democratic” seats are “teetering on the edge.” That’s atop 30 Democratic-held seats already in “toss-up” or worse territory.

That’s not to say Democrats in super-blue districts will lose, but they could see a reduction in the levels of support that will prove deadly to liberals in swing districts. The shift has been evident in the West, where Republicans are poised to sweep the U.S. Senate and gubernatorial races in Nevada and Arizona, possibilities that were met with laughs a couple of months ago.

And the hits keep coming, as Democratic field staffers in North Carolina threatened to go on strike if there’s no new contract addressing their concerns about pay, health care, and safety. In Florida, Democratic gubernatorial candidate Charlie Crist lost his campaign manager over domestic violence charges.