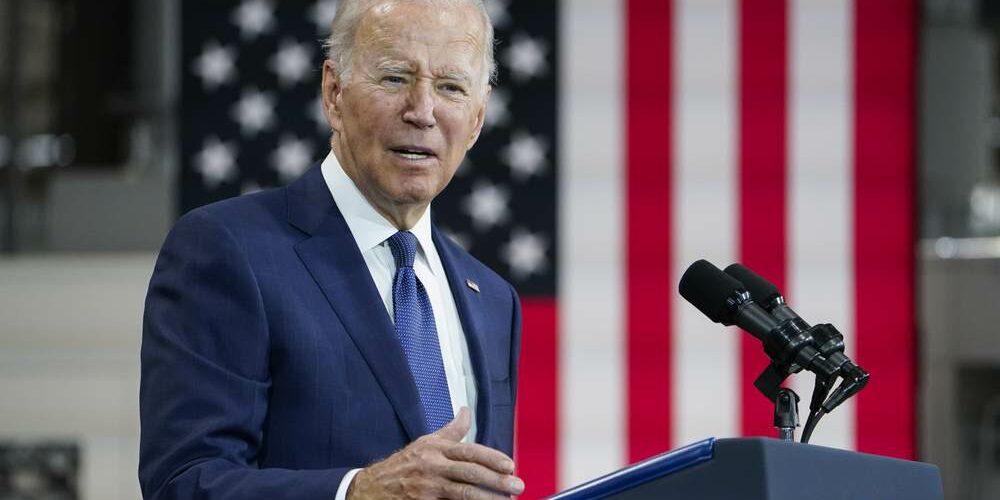 The Biden administration has truly entered new territory when it comes to lying to the American people about gas prices in an attempt to cut their losses in next week’s November midterm elections. The administration has been doing it for some time, but President Joe Biden lied so blatantly last week by claiming “the most common price of gas in America is $3.39,” which, according to him, was “down from over $5” when he took office. As his remarks from Monday demonstrated, this gaslighting isn’t a one-time habit.

Biden began his statements by saying it “is a very short statement, but a consequential one in my view.” He got that much right, at least.

Another habit of the president has been to blame rising gas prices on Russia’s invasion of Ukraine, though gas prices were already rising before then due to the administration’s policies. “Putin’s invasion of Ukraine in March,” Biden claimed, which was wrong from the start given that it took place in February, “set gas prices soaring literally around the world.” He went on to add, “gas prices have actually come down, going into the Strategic Petroleum Reserve here at home in America.”

Speaking of “here at home in America,” Biden has refused to drill for more oil but has opted instead to allow dictatorships like Venezuela to do so. He has also been embarrassed time and time again by OPEC as he asks it to increase production, to no avail.

The president also attacked the oil industry, as he has in the past, especially in how its “profits are a windfall from war.”

RNC Chairwoman Ronna McDaniel released a statement about Biden’s lies shortly after his remarks. “Joe Biden is lying. Since his first day in office, Biden has attacked American energy with the help of congressional Democrats. Americans know that under Biden and Democrats, gas prices are higher, groceries are more expensive, and real wages are down. The best way to lower gas prices is to vote Republican,” she said.

Not only is it a reality that the Biden administration’s energy plans have led to higher prices and that the president has depleted the Strategic Petroleum Reserve to critically low, crisis levels, only for gas prices to have actually been fluctuating with warnings about going up.  Recent polls from CBS News and NBC News show Americans have a very real concern about gas prices going up, with the former poll showing that voters fear gas prices will continue to rise if Democrats remain in control of Congress.