Trump Calls for the Impeachment of ‘Old Crow’ Mitch McConnell 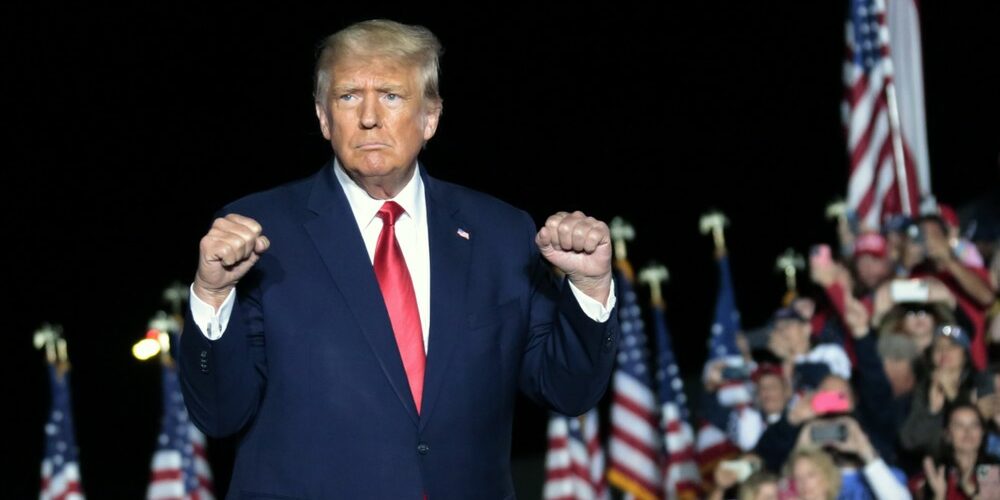 During an interview on Real America News, Trump insisted that the Democratic Party must “have something” on McConnell since he has often made deals with them on the debt ceiling in the past.

With just days until the midterm elections, Trump insinuated that McConnell is colluding with Democrats or the left is blackmailing the Republican, threatening to impeach him if he betrays them.

Calling McConnell “a bad guy who’s done a bad job,” Trump accused him of being a puppet for President Joe Biden’s radical agenda by giving him $4 trillion in new spending.

“I think we have a really good chance now of winning the Senate, but we have to get a much better guy than Mitch McConnell. He’s close to incompetence, something wrong with him,” Trump said.

It’s no secret Trump and McConnell have a shaky relationship. Trump has dubbed McConnell an “old crow” and even gifted fellow Republicans bottles of Old Crow bourbon.  McConnell, on the other hand, abandoned the former president by failing to stop the second attempt to impeach Trump over the January 6 protests.