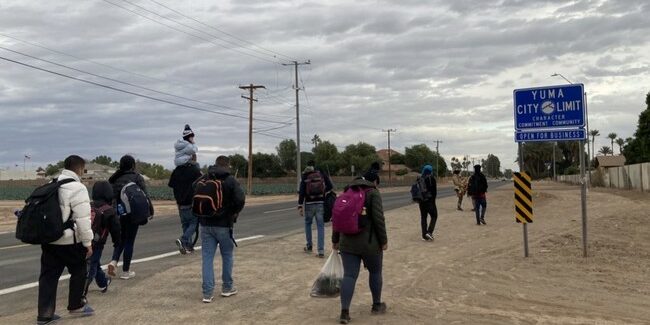 “We’re certainly doing a lot more [than the Trump administration] to secure the border and could be doing even more if Republicans would stop their obstruction,” Jean-Pierre said on Tuesday.

“I have been working for the United States Border Patrol under four administrations. I have never before seen the border this bad.  The amount of illegal entries is at an all-time high, Border Patrol’s morale is the worst I have ever seen under President Biden,” one Border Patrol agent stationed at the southern border told Townhall.

The National Border Patrol Council also tweeted one word in response to Jean-Pierre, “Bullsh!t,” then adding in other tweet, “She is the Baghdad Bob of the Biden Admin. Each lie gets progressively more outrageous and ignores all photographic evidence and first hand eyewitness accounts to the contrary. It’s straight up propaganda.”

Whether it be apprehensions, “gotaways,” or amount of drugs being seized, every metric of progress along the southern border has gone in the opposite direction since Biden has been in office.