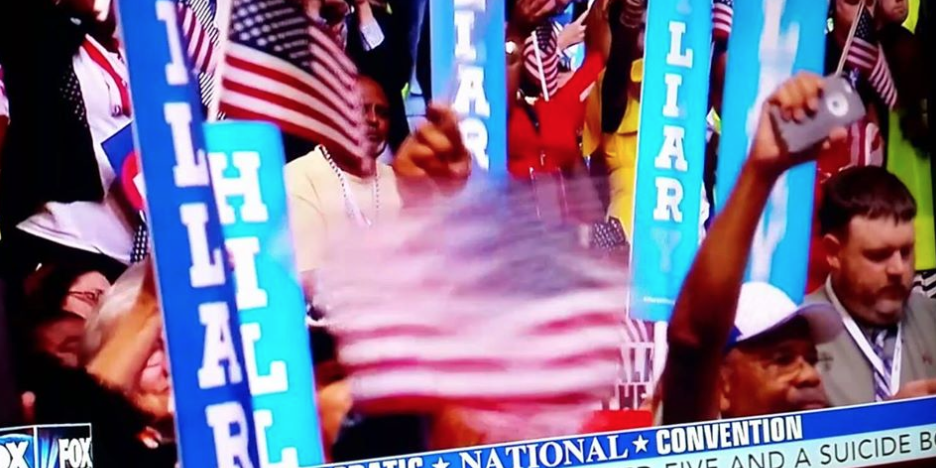 PHILADELPHIA — Hillary Clinton officially accepted the Democratic nomination for president amid a series of boos and catcalls Thursday night at the Democratic National Convention.

As soon as the roars of applause died down and Clinton began her speech, loud boos erupted in several parts of the arena, disrupting an otherwise weighty moment. Scattered shouting continued through the first few minutes of her speech, although the audience tried to drown them out by chanting “Hillary! Hillary!”

The loud chanting drowned out some of the calls and some protesters were reportedly ejected from the arena, but the spontaneous chanting and continuing boos created a distracting atmosphere, apparently making it difficult at times for Clinton to get through her speech.

“The boos & catcalls from Sanders supporters during Hillary speech at [DNC] are distracting, even watching on tv,” tweeted Republican Sen. Marco Rubio, who ended his campaign for the Republican nomination earlier this year. “What a disaster.”