David Hogg Turns on Democratic Leadership: ‘Pelosi Is Old’ And Needs to ‘Move the F**k Off the Plate’ 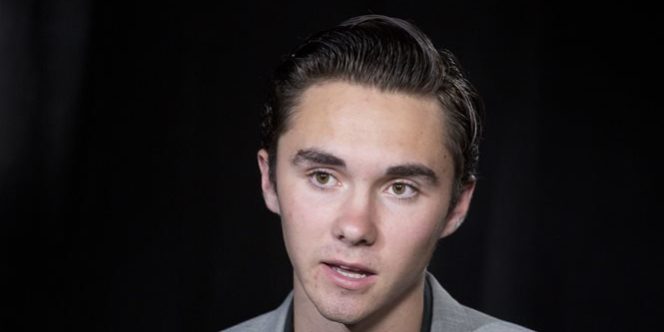 In a New York Magazine cover story, Marjory Stoneman Douglas High School shooting survivor turned progressive activist David Hogg lashed out at Democratic leadership, accusing them of not getting “the f**k off the plate” and giving the next generation its turn. In the glowing profile, Hogg shares that he plans to run for office when he turns 25. He is on a gap year but will begin college next year and read a “s**tload of books.”

He said that Democratic Socialist Alexandria Ocasio-Cortez is “a future president of the United States” and floated the idea of age limits for politicians. Ocasio-Cortez, 28, won a primary against fourth-ranking House Democrat Joe Crowley (D-NY), but has made a series of gaffes since coming into the national spotlight. Most recently, she drew criticism for banning press from some of her events.

“The reason Republicans are successful right now is because they’re empowering young people,” Hogue argued. “Older Democrats just won’t move the f**k off the plate and let us take control. Nancy Pelosi is old.” There has recently been some clamoring within the Democratic Party for Pelosi to step down, particularly from Rep. Linda Sanchez (D-CA), the fifth-ranking House Democrat, who called for a “generational change” in the leadership, pointing out that the top three House Democrats, Pelosi, Minority Whip Steny Hoyer (D-MD) , and Clyburn, are all “of the same generation,” in their late 70s.

Following the shooting at Marjory Stoneman Douglas High School, Pelosi was among the loudest voices pushing for stricter gun laws. “I’d rather pass gun-safety legislation than win the election, because people die from this,” she said at the time.

New York Magazine’s Lisa Miller also notes Hogg’s criticisms of Sen. Bernie Sanders (I-VT) and former president Barack Obama, lamenting that “his antenna for adult hypocrisy has made it especially difficult to find a comfortable vision of a future self — he sees so few real-life examples of the kind of politician he aspires to be.”

Hogg’s expletive-laden criticisms of politicians are reminiscent of an interview he gave to The Outline in March. “It’s like when your old-a** parents are like, ‘I don’t know how to send an iMessage,’ and you’re just like, ‘Give me the f**king phone’ and you take it and you’re like, ‘OK, let me handle it,’ and you get it done in one second,” Hogg said. “Sadly, that’s what we have to do with our government because our parents don’t know how to use a f**king democracy, so we have to.”

Hogg’s mother told New York Magazine that “from birth her son has been an old soul and preternaturally mature.”