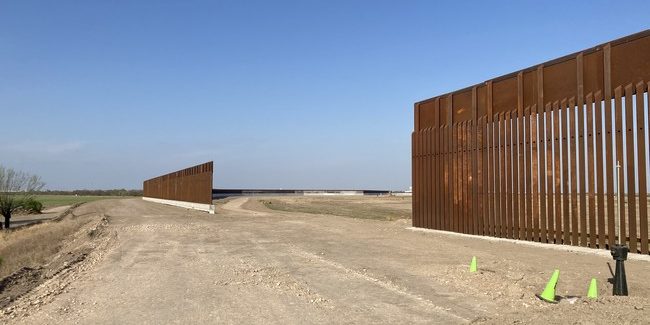 Deputy Pentagon Spokesman Jamal Brown said the move to retract the funding “reflects [the Biden] Administration’s continued commitment to defending our nation and supporting our service members and their families.”

“Consistent with the President’s proclamation, the Department of Defense is proceeding with canceling all border barrier construction projects paid for with funds originally intended for other military missions and functions such as schools for military children, overseas military construction projects in partner nations, and the National Guard and Reserve equipment account,” Brown said. “DoD has begun taking all necessary actions to cancel border barrier projects and to coordinate with interagency partners.”

The DoD added that all of the unobligated military construction funds that were diverted from military construction projects will be used for previously deferred military construction projects, “allowing some of these critical efforts to move forward as soon as possible. The Department is reviewing the deferred project list to determine funding prioritization.” President Joe Biden paused all construction of the border wall system on his first day in office via executive order, along with halting the Trump administration’s Migrant Protection Protocols, also known as the “Remain in Mexico” policy. The halt in construction has resulted in numerous, often large, gaps in the wall system, making it easier for illegal immigrants to enter the United States during the ongoing surge in foot traffic.

U.S. Customs and Border Protection revealed they had apprehended over 170,000 illegal immigrants during the month of March, a significant increase from previous fiscal years during the same month. While April’s apprehension numbers have not been released yet, it is expected to have a similar number.

‘Does It Feel Closed?’: Harris Faulkner Brings the Heat Against Biden Admin as Border Crossings Continue
May 11, 2021

Fill Up If You Can: Some Parts of the Country Already Experiencing Gas Shortages
May 11, 2021

State of Emergency Declared in Multiple States After Cyber Attack on a Major American Energy Source
May 10, 2021

Harris Pinpoints One Root Cause of Border Surge. Ted Cruz Shuts It Down
May 6, 2021

This Epic Chart Tells You Everything You Need to Know About the Left’s COVID Insanity
May 5, 2021