Gingrich on Charlottesville reaction: Anti-Trump movement ‘will never, ever be satisfied’ 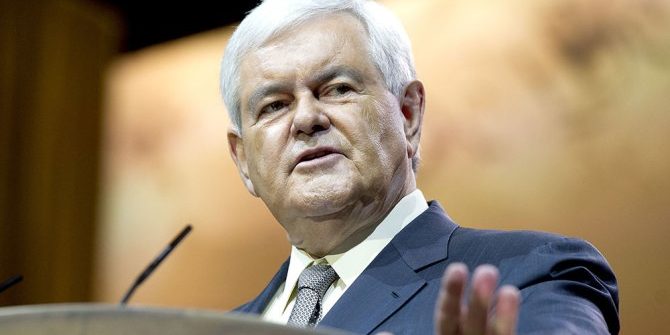 President Trump “came out against bigotry, against racism, against hatred” after the deadly violence in Charlottesville, Va. — but nothing he says will ever silence some of his critics, former House Speaker Newt Gingrich reacted. More than a dozen people were injured and one woman was killed amid clashes between white nationalists and counter-protesters at the Charlottesville rally on Saturday. Two police officers monitoring the situation via a helicopter were also killed when their aircraft crashed. As the events unfolded, President Donald Trump spoke out and condemned the violence on “many sides.” Those remarks led to an outcry that Trump didn’t forcefully speak out against the white nationalists and the president received criticism from those on the left and right.

But Gingrich said that he thought the president spoke appropriately, arguing that the comments were not “particularly inappropriate or particularly weak.” Trump said bigotry and violence are “un-American,” Gingrich said on “The Story with Martha MacCallum” Monday night. “But clearly there was a hunger for him to use the specific phrases about white supremacists and about the KKK and about Nazis. He came back today (Monday afternoon), he said every single thing that his critics on the left want. So now you have crowds that are saying ‘well, he didn’t say it soon enough.’ I just want to suggest to you – there’s an anti-Trump movement in this country that will never, ever be satisfied as long as he’s president.”

The reasons for the violence, Gingrich, a Fox News contributor argued, are “deep.”

“I think the gap in the country right now is that deep and that real,” he said. “I think the people on the left have a radically different vision of America’s future than traditional Americans. And I think there’s a small element on the right – which has been there for a long time – which is genuinely crazy. “And let me say this, as a historian, Nazism was an anti-Christian, totalitarian, anti-Semitic evil. Any person who tells you that they are a neo-Nazi is telling you they’re signing up for evil. And I think we have every right as a country to decide that we’ll do everything we can to make it impossible to have an effective Nazi movement in this country, just as we should have an effective anti-Ku Klux Klan movement, which is focused, in a way, against Americans.” But, Gingrich argued, Trump has denounced racism before Saturday’s events.

“By the way, remember, it’s Donald Trump who, last year, in the campaign, repudiated David Duke, he repudiated the KKK and in his inaugural, he said ‘all of us bleed the same color’ and ‘to be racist is to be un-American,’” Gingrich said. “We ought to be a country focusing on the future,” Gingrich said, “not a country frothing at the mouth about the past.”