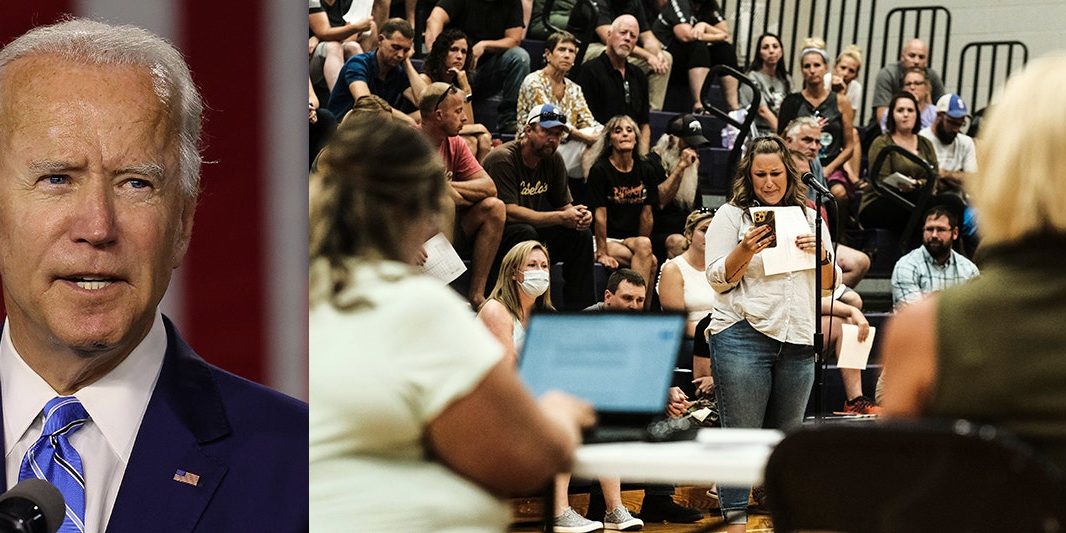 House Minority Leader Kevin McCarthy took aim at a new Department of Justice policy intended to crack down on alleged “threats of violence” against school officials, saying it was part of an effort by Democrats to muzzle parents.

“President Biden’s latest decision is part of a disturbing trend in the Democrat Party to silence parents,” McCarthy said on Twitter Tuesday. “We should encourage family participation in our schools, not baselessly attack opposing views because leftist groups want control over curriculums.”

At issue is a new DOJ effort to combat an alleged increase in violence and threats directed at schools boards and other school officials. Many parents have been attending meetings across the country to voice their displeasure with COVID-19 restrictions and the use of critical race theory in curricula.

“Threats against public servants are not only illegal, they run counter to our nation’s core values,” Attorney General Merrick Garland said of the effort in a statement Monday. “Those who dedicate their time and energy to ensuring that our children receive a proper education in a safe environment deserve to be able to do their work without fear for their safety.”

Garland directed federal law enforcement agencies to work with state and local law enforcement to discuss the “disturbing trend” of harassment directed at school officials. But in a statement Tuesday, McCarthy accused Democrats of being guilty of their own “disturbing trend,” arguing that the new DOJ effort was an attempt to “silence parents from having a say in their own children’s education.”

“We saw it last week when Virginia Democrat gubernatorial candidate, Terry McAuliffe, said parents shouldn’t have a say in what their own children are taught and it continues this week with the Biden administration labeling parents with concerns and dissenting opinions as domestic terrorists,” McCarthy said. The California Republican also argued that parents should be encouraged to participate in public school systems.

“Parents have a fundamental right to be lawfully involved in their children’s education,” McCarthy said. “We should encourage family participation in our school systems, not baselessly attack opposing views because some liberal education officials and special interest groups see it as a threat to the power they want to have over what children learn in America’s classrooms.”