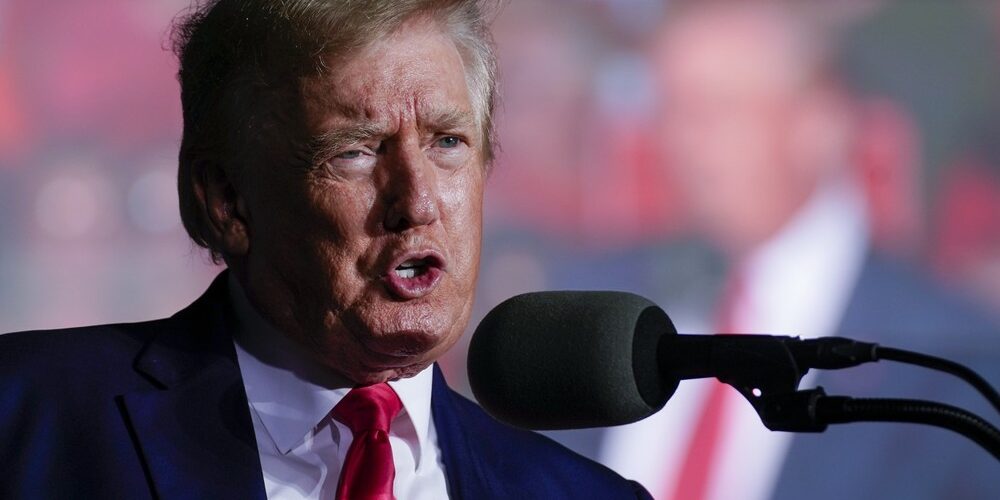 Former President Donald Trump threw his support behind Rep. Kevin McCarthy for House Speaker on Wednesday and urged congressional Republicans to do the same.

“Some really good conversations took place last night, and it’s now time for all of our GREAT Republican House Members to VOTE FOR KEVIN, CLOSE THE DEAL, TAKE THE VICTORY, & WATCH CRAZY NANCY PELOSI FLY BACK HOME TO A VERY BROKEN CALIFORNIA, THE ONLY SPEAKER IN U.S. HISTORY TO HAVE LOST THE ‘HOUSE’ TWICE!” he said on Truth Social. “REPUBLICANS, DO NOT TURN A GREAT TRIUMPH INTO A GIANT & EMBARRASSING DEFEAT. IT’S TIME TO CELEBRATE, YOU DESERVE IT. Kevin McCarthy will do a good job, and maybe even a GREAT JOB – JUST WATCH!”

Trump’s support comes after he declined to state his position on McCarthy in an interview on Tuesday after the California Republican lost three votes for the speakership.

“Former President Trump declined to say if he’s sticking by his endorsement of Kevin McCarthy for speaker tonight, telling me in a brief phone interview he’s had calls all day asking for support, and ‘We’ll see what happens. We’ll see how it all works out,'” said NBC News Senior Capitol Hill Correspondent Garrett Haake. “When I asked directly if he was sticking by McCarthy, who did not clinch the gavel today after three floor votes, Mr. Trump told me ‘we’ll see what happens,’ and ended our conversation.”

Trump later followed up, writing on Truth Social, “TAKE THE VICTORY AND RUN!!!” Now that the endorsement is in, the question is whether it will make a difference.

Update: Gaetz is not moved by the former president’s appeal. “This changes neither my view of McCarthy, nor Trump, nor my vote,” he said in response to Trump’s statement, Fox News reports.