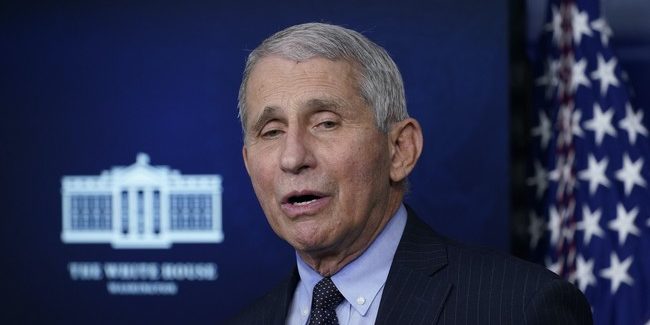 I mean, you probably figured it out just by reading the headline. Dr. Anthony Fauci was testy when asked about Wuhan funding from the National Institutes of Health. He couldn’t dissuade any scrutiny either, admitting that he couldn’t say for sure that the grant money was used for other things, like gain of function research. In fact, his testimony before Congress on the matter was so sloppy that more than a few people, including Sen. Rand Paul (R-KY), felt that Fauci lied to Congress. Some even alleged perjury. RedState unraveled this story months ago, though The Intercept, which also did good work on this despite doing a hack job against our own Julio Rosas for reporting on urban rioting last summer got the credit. Scott Hounsell at RedState filed FOIAs and followed the money but was stonewalled. The Intercept sued after their FOIA got bogged down. Yet, the 900 pages show that Fauci might be a huge liar (I know he already is on other stuff) regarding the coronavirus, the research, and its creation. It only brings more credibility that this pandemic was due to a lab leak. Yet, no one will know about it because major publications are reportedly running away from the COVID lab leak theory because it makes liberals look bad. And now major news networks also suffocated this development with a pillow (via Newsbusters):

Instead of reporting on Fauci lies about funding research that ultimately unleashed a pandemic on the world and killed hundreds of thousands of Americans, ABC’s World News Tonight, the CBS Evening News, and NBC Nightly News were peddling lies and stoking hatred of Texas’s new election integrity law.

And while CBS and NBC were aware enough to exclude any mention of Fauci from their reports, ABC chose to hoist Fauci up as he bashed college students for going to football games and enjoying their lives over the Labor Day weekend.

And this isn’t the only time this has happened obviously. Fauci’s emails revealed many things, including how store-bought masks don’t do much if anything concerning curbing the spread of the virus. Fauci is adrift like Joe Biden, albeit he can string sentences together. Yet, this man’s credibility died eons ago and if the media did their jobs—he wouldn’t be on television spewing science fiction. Alas, the media protect their own—always.