It’s Official: Donald Trump Is Running for President in 2024 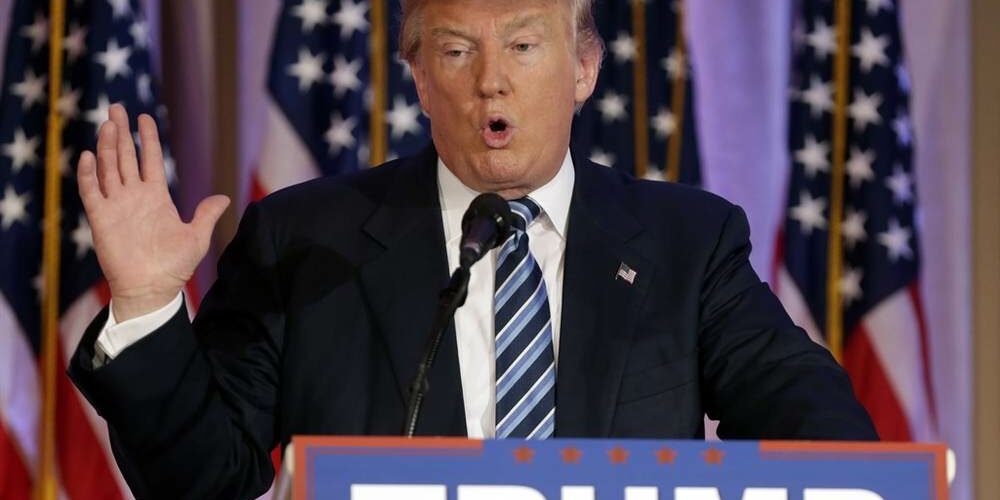 In a press conference before an audience of supporters at his Mar-a-Lago club on Tuesday evening, former President Donald Trump announced his intention to run for president in 2024, kicking off the next campaign cycle just one week after the 2022 midterms.

“In order to make America great and glorious again, I am tonight announcing my candidacy for President of the United States,” Trump said.

“We are a nation in decline, we are a failing nation,” Trump said of the trajectory of the country since Biden took office.

“We are here to declare that it does not have to be this way,” Trump added. “This decline is not a fate we must accept,” he explained. “I believe the American people will overwhelmingly reject the left’s platform of national ruin.”

“This is not a task for a politician or a conventional candidate, this is a task for a great movement,” Trump said of his third presidential campaign that now lies ahead. “I will fight like no one has ever fought before,” Trump pledged.

Shortly before Trump’s remarks from Mar-a-Lago, an FEC filing showed the formation of a new organization, “DONALD J. TRUMP FOR PRESIDENT 2024.”

There was little suspense behind what Trump’s “big announcement” would be after he announced the event would take place during his Election Day-eve rally in Ohio. “We want nothing to detract from the importance of tomorrow,” Trump said eight days ago. And, earlier on Tuesday, Trump said on Truth Social that “Hopefully TODAY will turn out to be one of the most important days in the history of our Country!”

The glitzy ballroom at Mar-a-Lago served as a bit more subdued venue for Trump’s 2024 announcement than the MAGA rallies that have become a trademark of his roadshow. But, similar to the June day in 2015 when Trump rode a golden escalator to the lobby of the Manhattan skyscraper bearing his name to announce that he was running for president in the 2016 election, his announcement Tuesday night came from his home turf.

In his announcement, Trump also poked fun at President Biden for his frequent gaffes on the world stage, noting he “falls asleep” at important meetings and recently mixed up the countries of Columbia and Cambodia during his current trip abroad.

It remains unknown who Trump, if he receives the Republican nomination, would face in the November 2024 general election. President Biden, who turns 80 on Sunday, has remained cagey on whether he will run for a second term as a handful of Democrats have sought to suggest he call it quits after his first term. In a post-midterm press conference, Biden said he would consult with his family before eventually making his decision.