Jason Chaffetz: Michael Cohen says he’s a fool – No one can argue with that 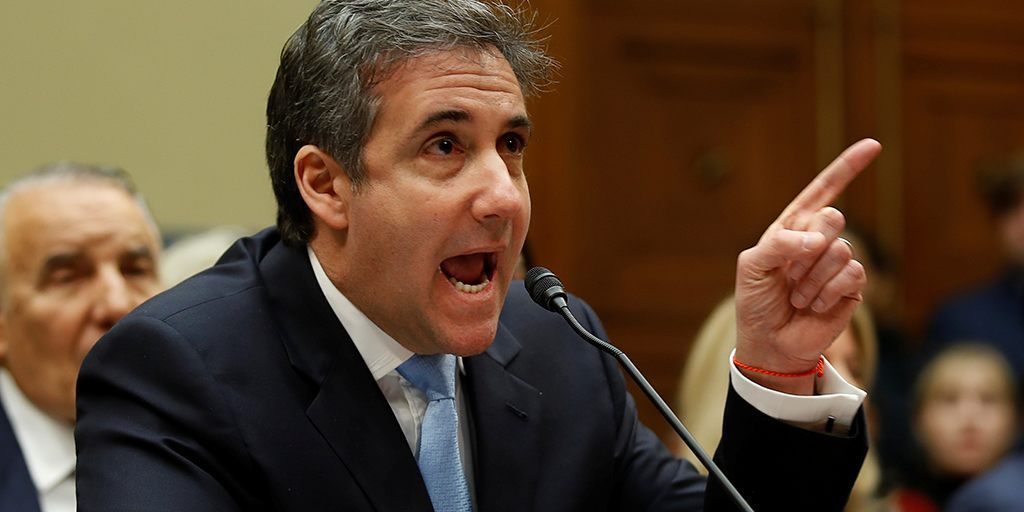 Asked by Rep. James Comer, R-Ky., how he sees himself, President Trump’s former personal attorney Michael Cohen responded Wednesday that he sees himself as “a fool.” At least we know he told the truth in answering that question. In a pointless hearing in which Cohen testified before the House Oversight and Reform Committee making multiple unproven accusations against President Trump, the public got to see what Special Counsel Robert Mueller apparently saw: no evidence of Trump campaign collusion with Russia to win the 2016 presidential election.

What we all saw instead was a fool.

We witnessed exactly what Mueller and his team ultimately concluded after spending about $25 million and almost two years on this investigation: Cohen is a liar, untrustworthy, crooked and in violation of the law. The Justice Department was right to prosecute him. He deservedly lost his law license and he will deserve his time in the federal penitentiary. Yet after all the time and money spent, all the lies and all the deception, Cohen is not being prosecuted for helping the Trump campaign collude with Russia. If Mueller had evidence to support such a charge, no doubt the Mueller team would have pursued it. Furthermore, if Michael Cohen had provided valid evidence of collusion, certainly Mueller would have saved Cohen to bolster his case against the president or someone close to the president.

Wednesday’s hearing simply confirmed what we already knew: there was no such evidence, because there was no collusion. Mueller and the U.S. Attorney’s Office in the Southern District of New York see no value using Cohen as a witness in other cases. Instead, Cohen is headed to prison.

Yet almost two years into the investigation, the first major oversight hearing led by the new House Democratic majority turned up no evidence of collusion. The more than five-hour Cohen hearing was void of any allegation or evidence of the core issue the special counsel was authorized to spend millions of dollars investigating.

The hearing did show us a lot of name calling and airing of frustration by a disgraced Cohen. While President Trump should be credited for not bringing Cohen into the administration, it is disheartening and bewildering why Trump would surround himself with a person of such low standards as Cohen.

Ultimately, the hearing was likely a disappointment to Democrats. Nevertheless, it served its intended purpose – an opportunity to flog the president and distract from the historic summit with North Korean leader Kim Jong Un in Vietnam.

The Never-Trumpers may have found the testimony illuminating and accurate, but Cohen is going to prison for being the opposite.

Trump supporters saw in Cohen a liar and convicted felon testifying before Congress. A serious investigation would have demanded probing questions for the man who instigated the whole investigation – Deputy Attorney General Rod Rosenstein.

Ironically, House members also saw the mirror image of Cohen in Hillary Clinton’s long-time friend Lanny Davis, who was orchestrating a made-for-television event with the personal benefit of trying to delegitimize the man who cost Hillary Clinton the presidency.

The one thing we can all agree on is that in watching the hearing Wednesday we saw what Michael Cohen sees when he looks in the mirror: a fool.