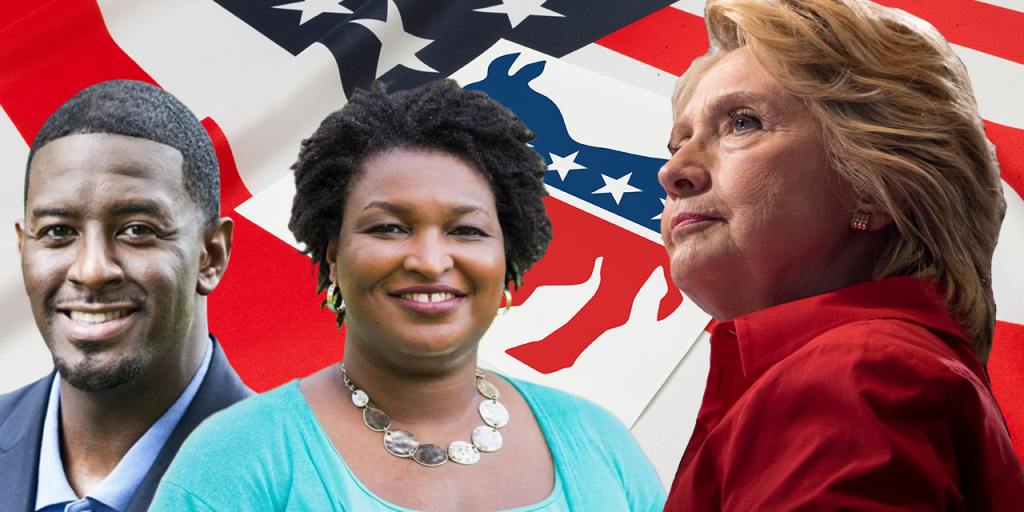 The 2018 midterms crystallized one thing: The Democrat Party is the party of sore losers. Joining the ranks of Hillary Clinton – who still hasn’t come to grips with the fact she lost the 2016 presidential election – Stacey Abrams, Bill Nelson, and Andrew Gillum all showed America how to lack grace in defeat. During the last presidential debate in 2016 with Fox News Sunday’s Chris Wallace, then-candidate Donald Trump drew criticism when he suggested the election had been rigged against him and wouldn’t say if he would accept the outcome of the election. The New York Times called it “a remarkable statement that seemed to cast doubt on American democracy.” Hillary Clinton said it was denigrating and “talking down our democracy.”

But those comments were made when the New York Times gave her an 85 percent chance of winning. It would end up being Hillary Clinton who in the face of a staggering election loss struggled to accept the results. Not only has she listed over a dozen reasons why she lost, but even more troubling is that members of her team encouraged faithless electors, sought to drive a dangerous narrative that the Russians were behind President Trump’s win, and Clinton herself called for the abolishment of the Electoral College. After the election, her campaign chairman John Podesta poured gasoline on a fire that was brewing on the left for electors to abandon the will of their state. He claimed that electors needed an intelligence briefing on Russian hacking. His calls backfired because more electors tried to defect from Hillary Clinton than Donald Trump. Additionally, the irony of his request is that it was Hillary Clinton’s campaign that was driving the narrative that Russian was behind Trump’s victory.

According to the book “Shattered,” the Clinton team devised a plan to blame Russia 24 hours after Clinton’s concession. It was also her campaign, along with the Democratic National Committee, that had paid for the dossier which was used obtain a FISA warrant against Trump adviser Carter Page and drive news cycles about alleged Russian collusion.

In the same vein of Hillary Clinton, Stacey Abrams has sought to delegitimize Governor-elect Brian Kemp’s victory in Georgia. Even though she admits Kemp is the “legal” governor of the state, she has refused to say he is the legitimate winner. In her non-concession speech, she said, “this is not a speech of concession, because concession means to acknowledge an action is right, true, or proper.” She has claimed that “democracy failed Georgia” and accused the state of “systemic disenfranchisement, disinvestment and incompetence.” However, the voter suppression that Abrams and her allies have tried to taint Kemp with is ridiculous. If she has a problem with Georgia laws like “Use It or Lose It” – which passed in 1997 by a Democrat legislature and was signed into law by a Democrat governor – or “Exact Match,” she should take it up with the Georgia legislature. Further, concerns over long lines at the polls or the shuttering of polling places should be addressed with the local county officials who oversee them.

Abrams’ allies also stoked the voter suppression fire before the election results were certified. Hillary Clinton said that if Abrams had a fair election, “she already would have won.” Democrat Senator Sherrod Brown baselessly claimed that “if Stacey Abrams doesn’t win in Georgia, they stole it, it’s clear.” But even the Washington Post admitted that Abrams and her allies were “alleging illegal activity that hasn’t been proven – and seems unlikely to be.” Abrams ended up losing by nearly 55,000 votes. In Florida, Andrew Gillum and Bill Nelson also showed Americans how to be graceless in defeat.  After a machine recount that showed Gillum had lost to Governor-elect Ron DeSantis by 33,000 votes, he took two days to concede. His delay prompted publications like the Wall Street Journal to deem him “The Ungracious Mr. Gillum” in an editorial and call on him to concede. Bill Nelson also tried to litigate his way to a victory.

Not surprisingly these Democrat candidates were not roundly criticized for casting doubt on democracy like then-candidate Donald Trump was in 2016 – apparently that criticism is only reserved for Republicans. It is often said that losing can reveal more about one’s character than winning. The way Clinton, Abrams, Nelson, and Gillum conducted themselves in defeat speaks volumes.