Mexican Citizens: Trump is Right, This Caravan is Absolutely an Invasion 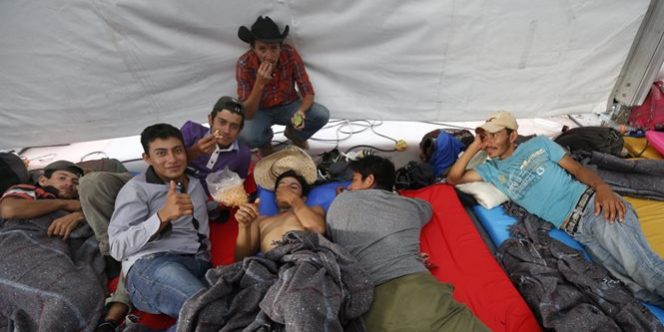 A caravan from Central America reached the U.S.-Mexico border last week. Thousands of people are camped out as they wait at the Tijuana port of entry to claim asylum. A number of other caravans are currently making their way north to do the same.

Locals in Mexico have already had enough and organized a protest against the illegal migrants over the weekend. From the Associated Press:

Hundreds of Tijuana residents congregated around a monument in an affluent section of the city south of California on Sunday to protest the thousands of Central American migrants who have arrived via caravan in hopes of a new life in the U.S.

Tensions have built as nearly 3,000 migrants from the caravan poured into Tijuana in recent days after more than a month on the road, and with many more months ahead of them while they seek asylum. The federal government estimates the number of migrants could soon swell to 10,000.

The riot police have been trying to calm tensions, but with more people expected to arrive with limited resources, the situation is only heating up.

Many Mexican protestors agree with President Trump’s assessment of the caravan as an “invasion.” It could take up to six months to process the current caravan. One-hundred cases per day are being completed.