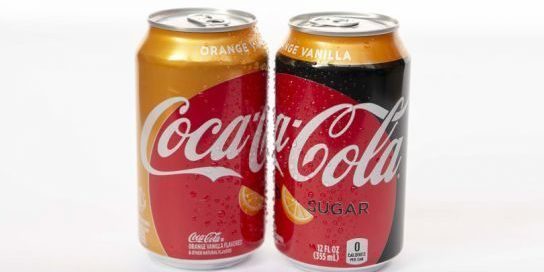 The new flavor, Orange Vanilla Coke, is available in classic and zero sugar versions in 12-ounce cans and 20-ounce bottles. Coca-Cola said it chose orange vanilla from a field of four flavors, including raspberry, lemon and ginger.

As consumers turn away from soda in favor of healthier beverage options, Coca-Cola has relied on new flavors to boost revenue. The company’s Diet Coke brand returned to sales growth last year after the unveiling of modernized cans and new flavors, such as blood orange and feisty cherry. “Flavor innovations like the introduction of Orange Vanilla Coke and Orange Vanilla Coke Zero Sugar are a growth driver for the Coca-Cola Trademark,” Coke Brand Director Kate Carpenter told FOX Business. “In the last year, we’ve seen that portion of the portfolio consistently grow in sales, even without dedicated marketing support. This shows us that people are craving more flavor variety, without straying from the Coca-Cola taste they know and love.”

Coca-Cola said it has a full, multi-platform marketing campaign planned for the Orange Vanilla Coke, including prominent placement at the NCAA March Madness basketball tournament next month. The company also debuted a new television commercial for the flavor this week. “Our goal in introducing new flavors is not only to grow as a brand and company, but to also give our fans an array of choices to suit any number of tastes and lifestyles,” Carpenter added.