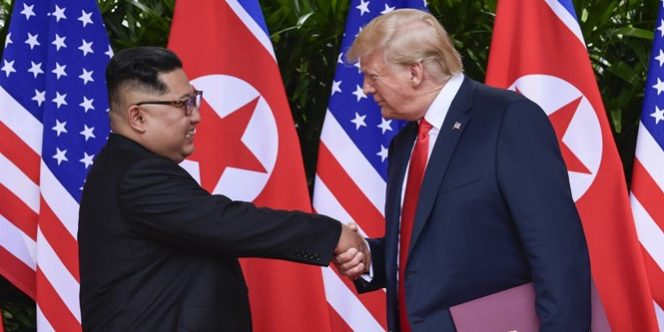 President Trump praised his “good relationship” with North Korean leader Kim Jong Un and said he believes North Korea has “tremendous economic potential” as both leaders begin talks for their second summit in Vietnam amid the denuclearization stalemate. Trump and Kim exchanged handshakes and laughs at the Sofitel Legend Metropole Hanoi on Wednesday and briefly spoke to reporters before their scheduled 20-minute meeting.

The president told Kim that he believes North Korea “has tremendous economic potential, unbelievable, unlimited.” “I look forward to watching it happen and to helping it to happen and we will help it to happen,” he added. 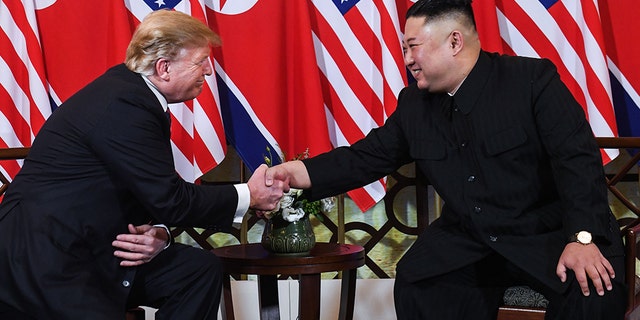 Trump tweeted about his upcoming meeting earlier Wednesday and said he “will try very hard to work something out on Denuclearization.” He also mentioned making North Korea an “Economic Powerhouse,” but did not elaborate on what the U.S. plans to do to help the country. Trump has signaled some flexibility on his previous demands that North Korea denuclearize before it sees some relief from crushing U.S. and international sanctions.

Trump has already met with Vietnamese President Nguyen Phu Trong for the signing of several commercial trade deals affecting the airline industries of their two countries.

It was a carnival-like atmosphere on many streets in Hanoi, with vendors hawking T-shirts and other items commemorating the meeting. Amid the fanfare and flags, however, there was a heavy security presence, underscoring the seriousness of the issues at stake when the leaders finally get down to talking.