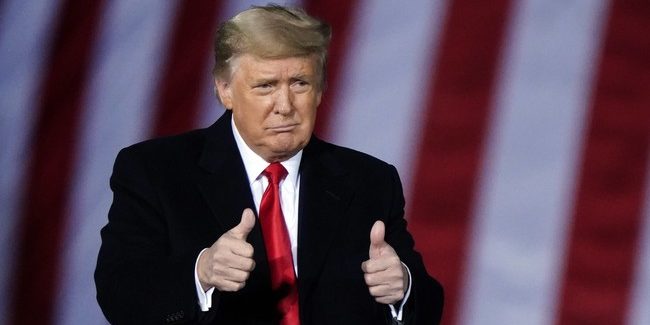 The activist media has been touting “massive approval” among Americans for Biden’s speech since it concluded late last night.

But there’s a catch:

Meanwhile, Biden’s overall job approval is behind most of his predecessors.

As President Joe Biden approaches 100 days in office, his job approval ratings hover just above 50%, placing him behind almost all of his recent predecessors at the milestone traditionally marking the end of the beginning of U.S. presidential administrations.

Three months into the job and preparing to make his first address to a joint session of Congress, Biden is polling lower than any modern U.S. president at the same stage, except Gerald Ford and Donald Trump. Ford’s early numbers were weighed down by his pardon of his disgraced predecessor Richard Nixon. Trump entered office amid an unremitting torrent of allegations — since debunked — that his campaign had colluded with Russia to sway the outcome of the 2016 election.

The Real Clear Politics polling average shows Biden with approval ratings in the low 50s range and disapproval in the low 40s. The average approval rating for the past 14 presidents polled at this point in their terms is 66%, according to ABC.