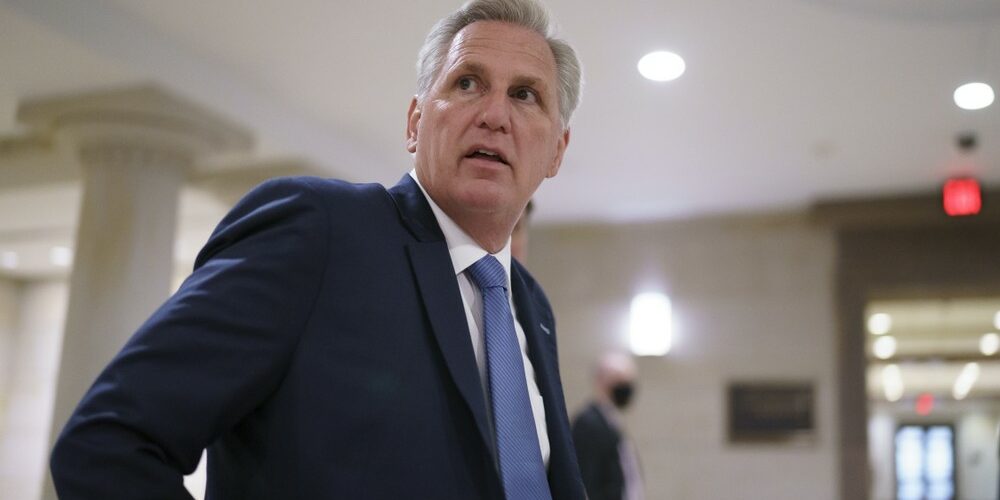 There’s no way to sugarcoat it — Republicans got bamboozled in the midterms. All the polls that we reported showing Republican candidates surging in the final weeks of their campaigns, the race ratings from the Cook Political Report, and the overconfident statements from GOP leaders were all significantly overly optimistic about what we all watched play out on Tuesday night.

There were GOP victories — Ron DeSantis and Marco Rubio in Florida, J.D. Vance in Ohio, Ted Budd in North Carolina, Brian Kemp in Georgia, Jen Kiggans in Virginia, to name a few — but conservatives were sold a false bill of goods from the leaders tasked with delivering GOP majorities. Those promising great success in order to consolidate power, in a drapes-measuring move, hoping to land a leadership position in a new Republican majority may be the worst offenders who owe the Republican electorate the most answers.

In an election year that favored Republicans purely for its timing as the first midterm of the Biden administration, an advantage that should have been helped by a president with chronically underwater approval, inflation above eight percent, surging crime and drug overdose crises, a wide open border, and so many more reasons, there’s no reason Republican candidates should have performed as poorly as they did.

So what gives? The Republican National Committee poured money and staff into communities to bring their fight for Hispanic voters to the neighborhood level. But then Republicans like Rep. Mayra Flores — who made history with her special election victory earlier in 2022 — lost their general election races.  House GOP Leader McCarthy was setting himself up as the next Speaker of the House while campaigning to make a red tsunami happen, but it didn’t. NRCC Chair Tom Emmer was positioning himself as the House Majority Whip in a GOP-led Congress. But he and the committee he led barely won enough seats to have anyone to whip as the party in power.

It’s also impossible to separate the national GOP political apparatus from former President Donald Trump, who, before the election, circulated a memo hyping up the number of rallies, candidate endorsements, fundraising numbers, and primary wins for which he claimed responsibility.

For Trump, his biggest win on Election Day was arguably J.D. Vance’s victory in Ohio. But losses for his candidates, including Oz, Walker, Bolduc, and numerous others, call into question his role in picking candidates and getting them across the primary finish line — something he’s bragged about endlessly.  After all, the rest of the GOP machinery ended up pouring money and time into the races where Trump-endorsed primary candidates advanced to the general, but that’s all downstream from Trump (and in some cases, Democrats who backed the same candidates in a now proven theory that those candidates would be easier to beat).

This isn’t solely a Trump-fault or GOP establishment-fault issue — but the two can’t be separated. Yet Trump isn’t going to be the one to take accountability for what happened on Tuesday, especially with his scheduled announcement next Tuesday believed to be his 2024 campaign announcement. Take, for example, Don Bolduc’s loss, for which Trump denied any responsibility for the outcome in New Hampshire, instead blaming Bolduc himself for having “lost tonight when he disavowed, after his big primary win, his longstanding stance on Election Fraud in the 2020 Presidential Primary.”

So where will the real answers come from, and who will face accountability? Trump is clearly not going to acknowledge any issues that may have arisen from his picks or take any blame for the outcome. Will the RNC produce a post-mortem report like it did post-2012 that pointed to areas the party felt it missed the mark? Will Tom Emmer explain what happened and why he didn’t deliver a strong GOP majority in a cycle that should have been for Republican seat-flipping, like taking candy from a baby? Will Rick Scott explain why the Senate map did not go the way polls were showing in the final weeks? Why didn’t Republican candidates meet the 52-seat majority he’d predicted a week before Election Day? Will Kevin McCarthy explain why his Gingrich-esque “Commitment to America” didn’t win over voters as he claimed it would? Why his work as House GOP Leader and as a campaigner didn’t set his party up to win a significant majority? His no-show status for hours at his election night party suggests he’s not ready to answer for what happened.

These are all questions Republican voters are owed following Tuesday’s deeply disappointing outcomes. No one believed that “Democracy is on the ballot” was a winning argument made by President Biden and Democrats — and yet that argument seemingly won out over what Republicans were pitching as their final argument. “Democracy” wasn’t even in the top issues listed by voters, who exit polls in key states showed are deeply dissatisfied with Biden’s policies. Yet the economic, national security, and law and order pitches made by Republicans didn’t lead to wins.  As the dust settles after Election Day, it’s time for Republican voters to get answers about what happened.