Tax Day 2019: Why you should start prepping now 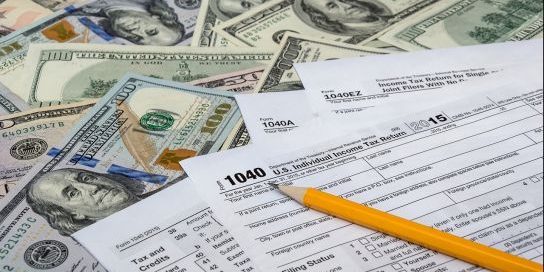 As many Americans wrapped up filing for the fiscal year 2017 tax season this week, experts say it’s not too early to start thinking about next year.

“With all of our clients, starting last autumn, we were already focused [on 2018] … what to be thinking about in context of the new legislation,” Timothy Speiss, vice president of EisnerAmper Wealth Planning & Corporate Benefits, tells FOX Business.

While President Donald Trump signed tax cuts into law in December, most of the changes will affect next year’s returns. That means everything from changes to deductions to credits will all need to be accounted for when taxpayers file a year from now.

Here are some of the main items taxpayers can start thinking about to get ahead of the game.

People who will still be itemizing shouldn’t be overly concerned, Speiss adds, because the only thing that has really been curtailed is state and local tax (SALT) deductibility.

Under the new law, state and local tax deductions will be capped at $10,000 – a major point of controversy for residents in high-tax states such as New York and California.

But some residents who are losing out on this deduction may not be hurt as severely as they might think. That’s because high-income filers subject to the alternative minimum tax, or AMT, haven’t been able to benefit from SALT deductions.

“They’re really not getting the deduction anyway,” Speiss says. Still, the SALT changes will accelerate some individuals’ decisions to move to lower-tax states, Eric Bronnenkant, head of tax at Betterment, told FOX Business.

The change, Speiss says, could cause individuals with multiple residences to shift where they spend most of their time in order to change where they claim primary residence. He warns that auditors in such states as New York can be aggressive, monitoring everything from cell phone tower logs to toll receipts.

One change that Bronnenkant says his clients have been less enthusiastic about is the characterization of IRA contributions. Individuals who are contributing to an IRA have the option of converting the funds into a Roth IRA. Under previous law, they had the ability to undo that decision by a deadline in order to avoid taxes, a move known as recharacterization. The new law, however, prohibits individuals from such changes in Roth IRA conversions beginning in 2018.

“Electing a conversion [is] an irreversible event … so you want to be more certain about your decision now,” Bronnenkant says.