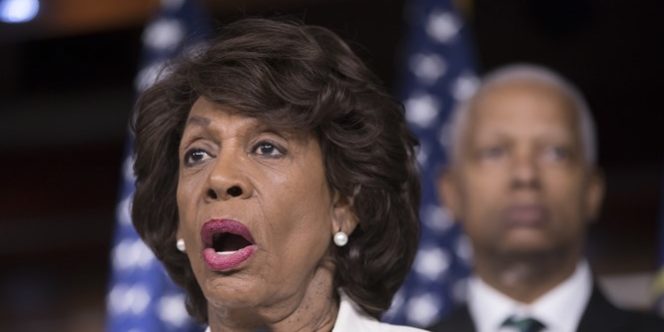 Rep. Maxine Waters (D-CA) isn’t quite sure what to make of former FBI Director James Comey. But, she is certain that he can be trusted on his claims about President Trump. MSNBC’s Chris Hayes confronted Waters over her change of heart on his program Tuesday. In January 2017, when Democrats were still smarting over Hillary Clinton’s loss and were blaming Comey for reopening the email investigation so soon before the election, Waters claimed he had no credibility. Now that he’s authored a book critical of Trump, however, she’s jumped to his defense. What gives?

“I’ve tried to clarify that and to say, yes, coming out of that classified briefing, I said that, and I certainly meant it,” she said. “However, I think it is quite different when you take a look at Comey and his relationship to the president, what he said, what he’s done. I believe him.”

Of course, she can’t be blamed for joining Comey’s fan club. Many Democrats have had the same sudden turnaround on Comey since he was fired by the president. They love all his juicy details about Trump’s supposed insecurity. Waters’s new fondness for Comey is proof that some Democrats’ are only warming to him because of their disdain for the president.

In other news, Rep. Waters appears to have moved on from impeachment threats and is now pleading with Trump to resign.