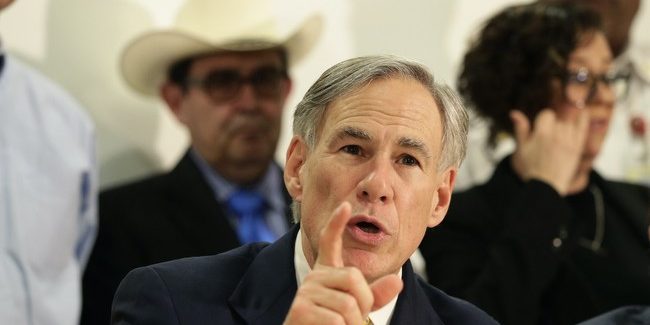 Texas GOP Governor Greg Abbott (R-TX) had harsh words for President Joe Biden’s absence at the southern border. Neither Biden nor Vice President Kamala Harris, who was designated to deal with the border crisis, have visited the southern border to witness the crisis.  The president recently deemed the situation at the border a “crisis,” but the White House quickly walked back that characterization. Abbott, whose state is directly feeling the effects of lax border policies, said that Biden is “AWOL” in dealing with the crisis that his administration created.

“Securing the border, securing the safety of Americans, should be a top priority for the President of the United States. The president has been AWOL here. You look at prior presidents, whether it was George Bush, whether it was Barack Obama, or, of course, Donald Trump–they were all very aggressive in dealing with the border situation,” Abbott said on “Fox and Friends,” adding that Democrats in his state are “very angry” with the Biden administration’s negligence toward the humanitarian and national security crises at the southern border.

Abbott also recently wrote to Vice President Harris demanding that she visit an unaccompanied minor facility in San Antonio, that was found to have had an influx of child sexual assault and abuse situations, in addition to being overcrowded. The vice president has not yet obliged.