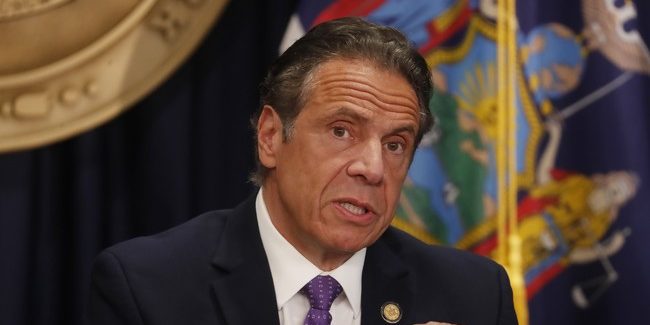 Team Reality has been arguing for more than a year that lockdowns, mask mandates, and other non-pharmaceutical interventions (NPIs) do nothing or very little to stop the spread of COVID-19 and a lot to cause a ton of unnecessary human suffering.

This fantastic chart, posted to Twitter on Tuesday by user KBirb, uses real-world data to show that we’ve been correct all along.

“LOCKDOWNS VS FREEDOM,” KBirb writes. “Here’s one view showing the impact on citizens from governmental Non-Pharmaceutical Intervention philosophies, and what lies in the wake. With these data, no significant impact on mortality, but a big (44%) unemployment difference, left group vs. right group.”

The chart takes into account three key data points – COVID deaths per 100,000 (via The New York Times), Wallethub’s index of restrictions, and U.S. Bureau of Labor Statistics unemployment data – and combines them into a devastating blow to the Chicken Littles over at the Branch Covidian compound.

KBirb breaks down four quadrants divided by more vs fewer freedoms and higher vs lower death rate. He then highlights the unemployment rate in each state with a small, medium, or large circle.

Obviously, quadrant one, the one with the most deaths and fewest freedoms, is the worst one to be in. Yet it’s inhabited by blue states like New York, New Jersey, Rhode Island, Connecticut, Michigan, and others. Massachusetts and Ohio, led by Republican governors who love them some COVID restrictions, also inhabit this quadrant. Most of these, along with the blue states with fewer deaths, have inordinately high unemployment rates.

On the other hand, states with more freedoms – also known as mostly Republican-led states – generally have low unemployment rates while the death rate doesn’t seem to be statistically different.

In other words, the virus was always going to virus, notwithstanding the insane lockdowns, mandates, and restrictions that only served to further harm the people subjected to them. If any of these NPIs “worked,” a chart like the above would be impossible to produce because deaths would consistently be lower in highly restricted places, and vice versa.

‘Florida Has Your Back’: How DeSantis Is Helping Arizona and Texas with Border Crisis
June 17, 2021

Trump Says If Biden or Harris Won’t Visit the Border to See Their Crisis, Then He Will
June 17, 2021