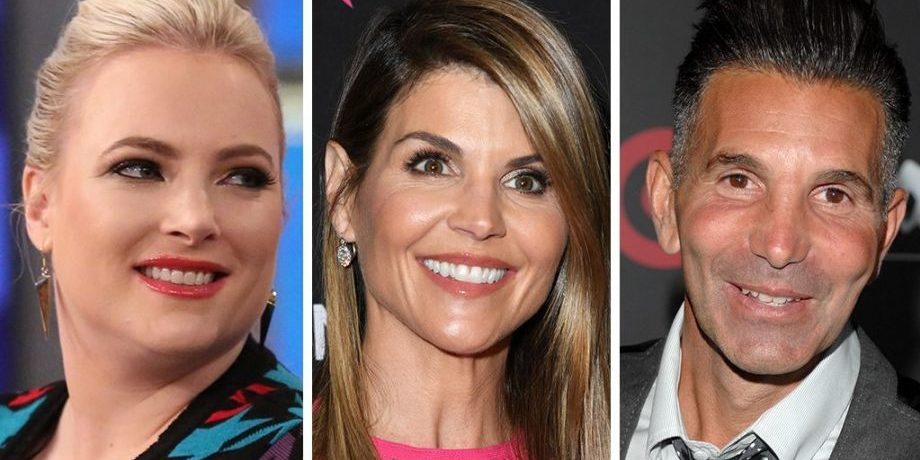 “Desperate Housewives” star Felicity Huffman and “Full House” alum Lori Loughlin were allegedly among the 50 charged in what is said to be the biggest college admissions scam ever prosecuted by the U.S. Justice Department — but the star-studded suspects aren’t the only details that have intrigued the public.

Bizarre details from a nearly 270-page complaint started to trickle out Tuesday, sparking a variety of reactions online. California resident William Rick Singer was pinpointed as the “ringleader” of the scandal, allegedly helping wealthy parents get their children admitted to some of the nation’s most elite schools — such as Yale, Georgetown, Stanford, University of Southern California, among others — through bribes, according to unsealed court documents. Some individuals purportedly paid close to $6.5 million to secure a place for their children in top tier schools.

Prosecutors said parents paid Singer from 2011 through last month to bribe coaches and administrators to fill slots the universities allocated for new players with his clients’ children, regardless of their athletic ability. Singer also allegedly hired ringers to take college entrance exams and paid off insiders at testing centers to alter students’ scores, according to charging documents. Read on for some of the most eyebrow-raising events surrounding the case that have captured people’s attention.

In an email discussing her daughter’s approval to receive extra time to take the SAT, Huffman allegedly used the “Scooby Doo” phrase “Ruh Ro” in an email.

“Ruh Ro! Looks like [my daughter’s high school] wants to provide own proctor,” she allegedly wrote in an email forwarded to Singer from her daughter’s high school counselor. Huffman and her husband, actor William H. Macy, were accused of taking advantage of the SAT and ACT. Macy was not among those charged Tuesday. The two parents allegedly helped their daughter with her college admission by making a “purported charitable contribution of $15,000…to participate in the college entrance exam cheating scheme,” the documents said. “Huffman later made arrangements to pursue the scheme a second time, for her younger daughter, before deciding not to do so.”

In another excerpt from the complaint, Singer, on a call with a client, allegedly spoke about creating a “fake athletic profile” for his client’s son.

The problem? The student’s school apparently didn’t have a lacrosse team.