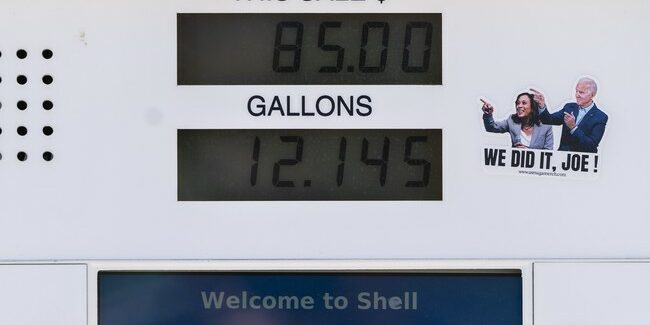 A woke San Francisco Federal Reserve Bank president wants you to know that Bidenflation does not affect her $420,000 a year salary.

During an interview with Reuters, Mary Daly said that she is not worried about the current inflation woes because she “has enough” money.

“I don’t feel the pain of inflation anymore… I see prices rising, but I have enough,” Daly said.

If you thought she used all of her liberal nerve on that one statement, think again because she continued to claim that “many, many Americans have enough.”

As San Francisco is being taken over by the homeless and tents are lining up on the sidewalks throughout the city, Daly attempted to make excuses for her tone-death comments.  “But … I recognize what it feels like when you don’t have that situation, when you live so close to the edge of your income that [rising] prices actually force some real trade-offs…You may not be able to go to the vacation you want; you may end up, you know, instead camping or doing a staycation” or eating at your hotel instead of going out to eat “because you really can’t afford getting there and then going out to dinner once you’re at the hotel, and I see all of that … so in my daily life, I see the rising prices, but I’m fine because I have a sufficient income to make those trade-offs. For other people that’s not the case, and those are the people that this is so important for.”

In other words, there is no real cause for concern regarding the state of the economy, because woke liberals like Daly herself make enough money to sweep it under the carpet.  It’s also important to note that she is comparing Bidenflation to people not being able to take fancy vacations because prices are too high.

However in reality, it’s not trips and hotels that people are struggling to pay for, it’s paying bills, feeding their families and putting gas in their tanks so they can go to work.